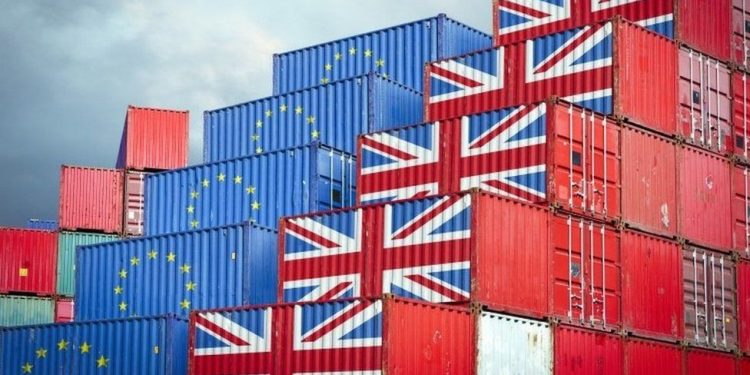 Negotiations on a UK-EU trade deal hang in the balance over the UK’s plan to override part of the withdrawal agreement, according to a BBC report on Friday.

The EU has warned Britain it could face legal action unless it scraps elements of its draft Internal Market Bill by end September. Concerned Conservative MPs have launched a bid to amend the controversial regulations while Government ministers are declaring they will not budge.

The draft proposals would give UK ministers the power to disapply rules relating to the movement of goods if the UK and EU are unable to strike a trade deal. The EU has warned that the UK must drop the planned changes or risk jeopardizing trade negotiations. The UK has defied the EU’s demand, stressing that the draft regulations are necessary to protect the integrity of the UK as well as the peace process in Northern Ireland.

Speaking on Thursday on the sidelines of a London meeting about Iran with his UK counterpart Dominic Raab, French Minister of Europe and Foreign Affairs Jean-Yves Le Drian warned that Britain’s violation of the withdrawal agreement is unacceptable, RFI reports.

Maintaining that the British proposals represent a breach of trust, European Commission Vice-President Maroš Šefčovič has warned that the EU will consider taking legal action unless the UK complies and withdraws the draft new measures by the end of the month. UK Minister for the Cabinet Office Michael Gove rejected the EU demand saying the UK will not and cannot withdraw relevant parts of the draft law. Despite the seeming impasse, EU Chief Negotiator Michel Barnier says Brussels remains determined to strike a deal.

The dispute, which threatens to bleed over into other areas of UK diplomacy, has whipped up a storm of anger both in the UK and in the EU, RFI reports.