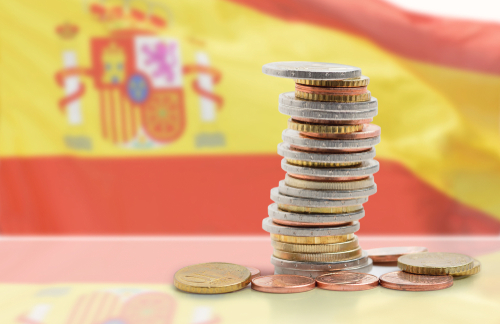 As Juan Carlos, Spain’s king emeritus, marks his first year in self-imposed exile from his homeland, the financial probes that prompted his departure show no signs of abating, while he and his retinue continue to draw on the state coffers.

The former king of Spain abdicated in 2014, following a series of embarrassing revelations about his personal life and a number of reported health problems. Meanwhile, Swiss and Spanish authorities have started probing his suspect business dealings with the Gulf states.

The financial probes have cast a shadow over the former king’s legacy of having set Spain on the path to democracy following the death of dictator Francisco Franco. The 82-year old king emeritus left the country on 3 August last year, ostensibly in order to avoid burdening the reigning monarch, his son Felipe VI, and the rest of the royal family.

Juan Carlos is currently under investigation by Spain’s public prosecutor and by the tax authority. Both investigations have lasted far longer than expected. As yet, neither has resulted in charges being filed. Nor has the former king’s name been cleared. Sources close to Juan Carlos, suggest those handling the probes are keeping a close eye on what the other is doing since neither wants to be the first to file charges against the former monarch.

Late last month, information from a civil lawsuit in London was made public, in which Juan Carlos’ former lover, Corinna zu Sayn-Wittgenstein, claimed she was a target of overt and covert surveillance ordered by the king emeritus, and conducted by Spain’s National Intelligence Centre (CNI) operatives.

The lawsuit also provided fresh details about the former king’s suspect financial mishandlings. Zu Sayn-Wittgenstein claimed that Juan Carlos had received a kickback of 64 million euro from the late king of Saudi Arabia, Abdullah bin Abdulaziz Al Saud, and that Juan Carlos transferred this to his lover’s account in 2012, expecting her to return the money or make it available when asked.

Meanwhile, El Pais reports that the king emeritus has chosen the United Arab Emirates as his place of residence in exile, at the invitation of the crown prince of Abu Dhabi, Mohammed bin Zayed. Juan Carlos is reportedly living a life of luxury on the island of Zaya Nurai.

Despite being a guest of the royal family, the king emeritus continues to rely on Spanish taxpayer-funded services to provide a four-person security detail and three personal aides, including their state-paid expenses and allowances. According to the newspaper, these are estimated to cost tens of thousands of euro each month.

Should Juan Carlos eventually be charged, however, Abu Dhabi is unlikely to provide refuge. While he enjoyed immunity from prosecution during his reign as a monarch, since his abdication, that immunity no longer applies. Furthermore, the Emirate has an extradition treaty with Spain, which was signed by the former monarch himself.