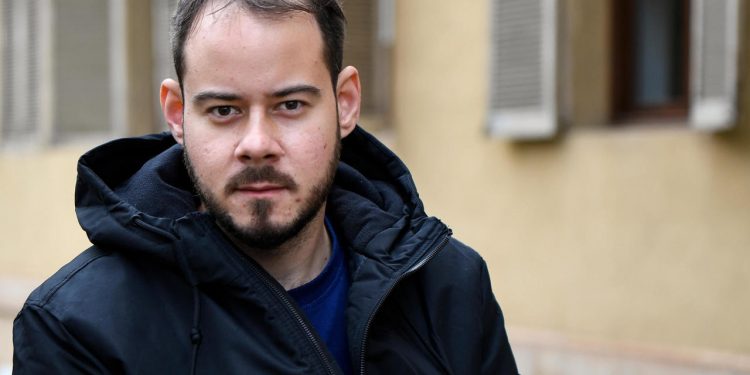 Brussels (Brussels Morning) Spanish rapper Pablo Hasel was arrested and taken to jail after barricading himself along with his supporters within the University of Lleida. Hasel, sentenced to nine months in prison for glorifying terrorism and slandering the crown and state institutions, refused to show up for serving his sentence voluntarily, BBC reported.

“I won’t allow them to tell me what I have to think, feel or say,” Hasel told AP on Monday evening, after barricading himself inside a university building and daring the police to take him by force. “This serves me as an extra stimulus to keep writing the same songs.”

Hasel was sentenced under the controversial Public Security Law, introduced in its current form in 2015 by the then-ruling right-wing Popular Party. The law came under fire frequently from human rights groups and international organisations for limiting freedom of expression in the name of protecting state and religious institutions.

Hasel was sentenced for disparaging the monarchy, praising a now-defunct leftist armed organisation, and for accusing the police of torturing and murdering protesters and migrants. His arrest was immediately condemned by Amnesty International, which called the act “terrible news for freedom of expression in Spain”.

The rapper was forcibly removed from the campus by police, after confronting them with improvised barricades and fire extinguishers. As he was being led away, he shouted: “They will never silence us, death to the fascist state!”

Last week, some 200 prominent Spanish artists signed a petition calling for his release, including the famous filmmaker Pedro Almodovar and actor Javier Bardem. The Socialist government led by Prime Minister Pedro Sanchez recently announced plans to amend the controversial law, a move that has been heavily opposed by the Popular Party and the far-right Vox party.

Possible changes to the law would include exceptions to be made for artistic expression, and abolishment of prison sentences for breaching the law. However, no timetable has been set as yet for such amendments.