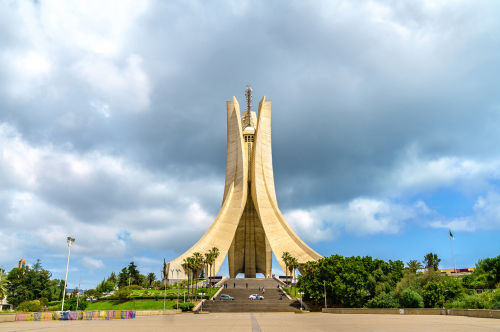 In an interview with Radio Catalunya, Calvino observed that she previously noticed Algeria and Russia growing closer together during this spring’s meeting of the International Monetary Fund in April, which is why she was not surprised by the suspension of the treaty. “I saw back then that Algeria was more and more aligned with Russia, so this didn’t surprise me,” Calvino said.

The tension between Algeria and Spain grew as Madrid changed its stance on Western Sahara – a territory claimed by Morocco, while Algeria supports a local independence group. The suspension of the 20-year-old treaty also included a ban on all non-gas trade, prompting fears among EU officials that gas trade might also eventually be affected.

Algeria is one of the key gas suppliers for Spain, with Spanish energy companies Naturgy, Repsol and Cepsa all having supply contracts with Algerian state-owned gas company Sonatrach. Algerian President Abdelmadjid Tebboune had previously said that he would not allow for contracts to be broken over the West Sahara dispute.

However, the prices of the 10-year supply contracts are now being revised by all companies involved, as their importance has grown significantly in the view of Russian invasion of Ukraine and the EU’s plans to wean itself off of Russian gas.

Calvino repeated on Monday that the Algerian gas supplies are currently flowing normally, and expressed confidence that there would be no interruption. “I hope that Algeria will reconsider its position and the statements it has made,” she told reporters.
According to a poll conducted in 52 countries late last month, Algeria is on a short list of countries where Russia continues to be perceived primarily in a positive light, together with some other MENA countries such as Egypt, Morocco and Saudi Arabia.

Tags: Algeria is aligning with RussiaMain-Slider