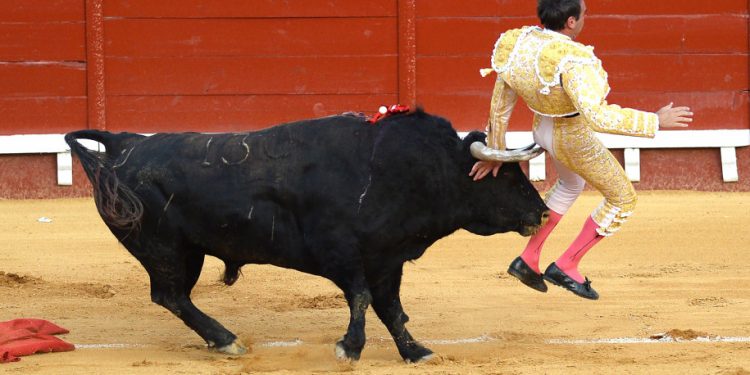 You mess with the bull, you get the horns.

A matador in Cadiz, Spain, was gored in a bullfight this week as the dying animal gave it one last stab and rammed his horns into his tormentor’s buttocks before being killed.

Enrique Ponce, 48, was “flipped over by the mortally wounded bull, but escaped without serious damage, with Spanish media reporting only torn knee ligaments and bruising,” according to the Independent.

Ponce then went on to kill a second bull in front of thousands of fans who had congregated despite a COVID-19 resurgence to celebrate the bullring’s 140 year anniversary.

The famed matador is no stranger to being gored in the butt. Last year, Ponce required knee surgery after a 4-inch injury to his rear, the paper reported.

Not everyone is hailing him as a hero though.

“Have we not already had an overdose of death and pain in these past months?” fumed Carmen Ibarlucea, of animal rights group La Tortura No Es Cultura (Torture Is Not Culture), July.

Surveys show a majority of Spaniards support banning the “sport” of bullfighting.