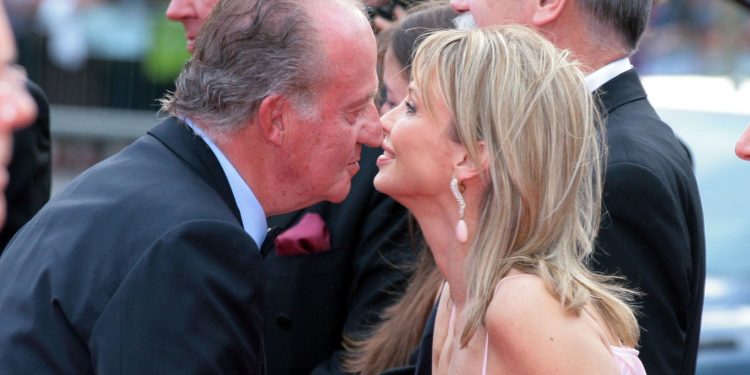 Brussels (Brussels Morning) The former lover of Spain’s king emeritus Juan Carlos I, Corinna zu Sayn-Wittgenstein, has filed a lawsuit against him, claiming she was a target of “covert and overt surveillance” that was allegedly conducted by operatives of the country’s National Intelligence Centre (CNI).

In a civil suit made public this week by the High Court of Justice in London, zu Sayn-Wittgenstein is demanding an injunction, which would ban the abdicated ruler from contacting her, following her, defaming her or approaching her within a distance shorter than 150 metres.

Zu Sayn-Wittgenstein claims she was a target of surveillance by CNI agents in London, her primary place of residence, and in Monte Carlo, where she has a second home. The illegal surveillance allegedly began in 2012, as her relationship with the then-king of Spain came into the public spotlight after an accident Juan Carlos suffered in Botswana, where the two were together on a safari trip.

The suit also implicates former CNI director General Félix Sanz Roldán, claiming he actively participated in the surveillance. Roldán previously confirmed he had travelled to London in 2012 to meet with zu Sayn-Wittgenstein.

In her lawsuit, zu Sayn-Wittgenstein stated that the former king donated 64 million euro to her, later demanding she return the money or place it at his disposal. The amount was allegedly paid in 2008 to Juan Carlos by the late king of Saudi Arabia, Abdullah bin Abdulaziz Al Saud, lodged to a secret Swiss account opened in the name of a Panama-based foundation, which listed Juan Carlos as the beneficiary.
Following changes in Swiss laws, Juan Carlos reportedly transferred the funds in 2012 to zu Sayn-Wittgenstein’s bank account in the Bahamas. Swiss authorities reportedly have been investigating that transfer since 2018 as part of a money laundering probe. Juan Carlos is currently living in self-imposed exile from Spain while the country’s authorities are probing his business deals with Gulf states.