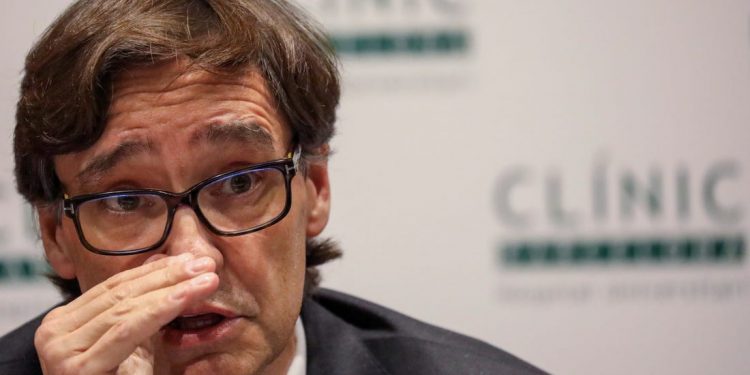 He points out that the bloc is united in tackling the latest wave of coronavirus infections, but he acknowledges concern about the pandemic during the holiday season.

Illa describes the EU’s vaccine strategy as a success, noting how the EU managed “to reach the advanced purchase agreements of a minimum of seven vaccines and to distribute them in an equitable way among European citizens.”

Spain was among Europe’s hardest-hit countries in the first wave of coronavirus infections, leading the government to impose what at the time was one of the most severe lockdowns in the world.

In October, the authorities declared a state of emergency again and imposed new restrictions to curb the virus. With these in place, the number of new cases dropped below 200 per 100,000 people earlier this month.

Illa said he believes Spain is dealing with the new wave of infections in an acceptable way, but allowed that he is concerned about the Christmas period and the increased social contact that comes with the holiday season celebrations.

This is why the government has instructed people to stay at home and refrain from travel as well as urging people to limit social contact to their closest family members, he said. The health situation remains very unstable, he warned, noting how conditions have changed very quickly in some countries.

Commenting on allegations of discrimination in coronavirus treatment, the Health Minister made clear he has seen no such evidence of discrimination. In March and April relevant bodies released reports saying “there should not be any discrimination based on sex, religion, age in order to access COVID-19 treatment,” he asserted.