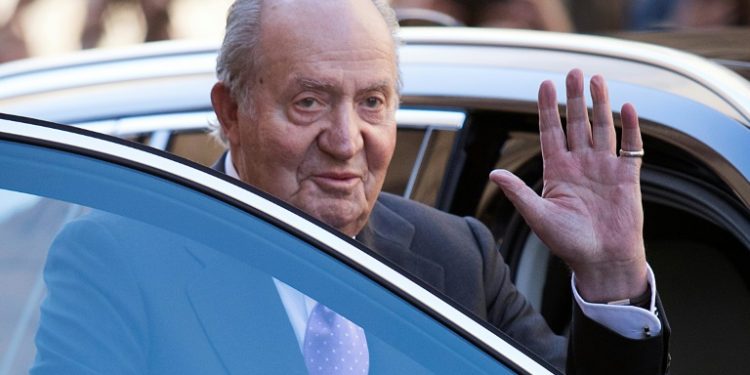 Spain’s former king Juan Carlos is to leave the country and go into exile abroad following a series of damaging allegations about his financial arrangements that have harmed the reputation of the monarchy and embarrassed his son, King Felipe.

In March Felipe stripped Juan Carlos of his annual stipend and renounced his own personal inheritance from his father after reports that he was in line to receive millions of euros from a secret offshore fund with ties to Saudi Arabia.

Three months later, Spain’s supreme court launched an investigation into the former king’s role in a deal in which a Spanish consortium landed a €6.7bn (£5.9bn) contract to build a high-speed rail line between the Saudi cities of Medina and Mecca.

On Monday afternoon the royal house published a letter sent by Juan Carlos to his son saying he would “move away from Spain” in the wake of the “public repercussions that certain past events in my private life are causing”.

The 82-year-old king emeritus, as he is now known in Spain, said he had taken the decision to leave the royal palace and the country to help Felipe “exercise his responsibilities” as king.

Juan Carlos added: “This is a very emotional decision, but one I take with great serenity. I have been king of Spain for almost 40 years and throughout them all I have always wanted what is best for Spain and the crown.”

The letter did not mention where the former king would go, nor when exactly he would leave Spain.

A Spanish government source said it “respected” the decision, adding the move showed “the transparency that has always guided King Felipe since he became head of state”.

The royal house said Felipe had expressed its “gratitude and respect” for the decision. It also said the current king was keen to stress “the historical importance of his father’s reign” and his service to Spain and to democracy.

Juan Carlos played a pivotal role in restoring democracy to Spain following the death of General Francisco Franco in 1975, not least when he stood firm in the face of an attempted military coup in 1981.

But in recent years the revelations about his private life and financial affairs have tarnished what was once seen as one of Europe’s model monarchies.

Juan Carlos abdicated in favour of Felipe six years ago after a series of scandals including over a controversial elephant-hunting trip to Botswana as Spain was devastated by the financial crisis.

Felipe’s decision to cancel his father’s stipend and forgo his personal inheritance was viewed as proof of his desire to take firm action and distance himself from the scandals.

Spain’s Socialist-led coalition government has rejected calls for a parliamentary inquiry into the king’s finances, but it too has signalled its distance from Juan Carlos.

“It’s obvious that collectively Spaniards are hearing some unsettling reports that disturb all of us, and which disturb me too,” the prime minister, Pedro Sánchez, said in July.

“But I think there are some things worth mentioning in all this. First, that there are some media that aren’t looking the other way – on the contrary, they’re reporting all this. Second, there’s a justice system that’s taking action. Third – and this is something I’m grateful for – the royal house itself had distanced itself following these disturbing reports.”

Sánchez also said the 1978 constitution – under which “the person of the king is inviolable and shall not be held accountable” – needed “to evolve in accordance with the standards and political conduct that society demands”.

Swiss prosecutors are looking into a number of accounts held in the country by the former monarch and his alleged associates. It is alleged in documents from the Swiss prosecutors that Juan Carlos received a $100m “donation” from the king of Saudi Arabia that he put in an offshore account in 2008. Four years later he allegedly gifted €65m from the account to his former lover Corinna Larsen.

Juan Carlos has said he never told his son he was set to benefit from two offshore funds, but he has made no further comment on the allegations.