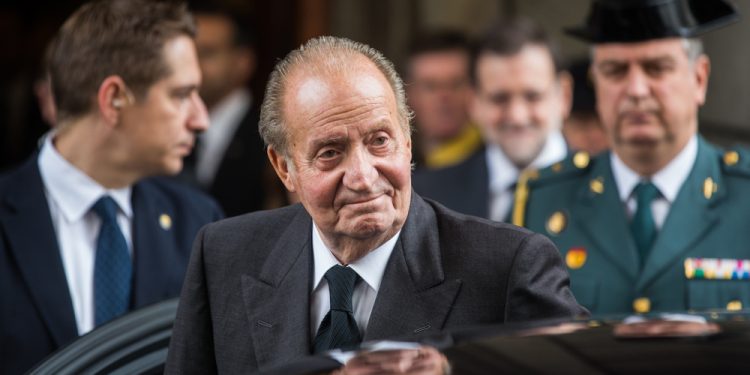 MADRID, SPAIN 03/25/2014 THE SPANISH MONARCHS, THE KING JUAN CARLOS I AND THE QUEEN SOFIA

Brussels (Brussels Morning) Spanish Prime Minister Pedro Sánchez notes the government is continuing to work on the modernisation of the monarchy, according to an El País report last week.

Recalling that King Felipe VI set the modernisation plan in motion, the PM underlined the importance of adapting the Spanish monarchy to the 21st century. He offered no further details beyond saying “you will be getting more information about how this road map for the renewal of the crown in terms of transparency and leading by example as it materializes.”

Comments on tensions in the government

Sánchez played down reported tensions between his Spanish Socialist Workers’ Party and its coalition partner, the left-wing Unidas Podemos alliance. He insisted the ruling coalition would not break up, adding that he does not want to govern alone.

“This is a coalition government that is seeking to last over time,” Sánchez said. However, the coalition does not have a working majority in the lower house of parliament and needs the support of other parties in order to enact legislation.

Commenting on the decision to freeze the minimum wage until the economy starts to recover, the PM pointed out that Spain had increased the minimum wage by about 29% in two years. This represents a compromise since the Unidas Podemos has been calling for an increase of 0.9%, while Economy Minister Nadia Calviño wants a freeze throughout 2021.

The minimum wage in Spain stands at 42% of the average wage in contrast with 43% in Germany, Sánchez pointed out. While pensions and civil service wages went up 0.9%, he was insistent the government would not do the same for the minimum wage since to do so would place employers under additional pressure.

Most companies, he said, need relief in order to weather the crisis, and the government needs to focus on cushioning the blow since GDP is in decline.

Turning to the issue of the nine Catalan pro-independence leaders jailed for the 2017 secessionist drive, Sánchez announced that his Cabinet could pardon them. “This government is clearly committed to reuniting, reconciliation and social harmony in Catalonia, and between Catalonia and the rest of Spain,” he asserted.