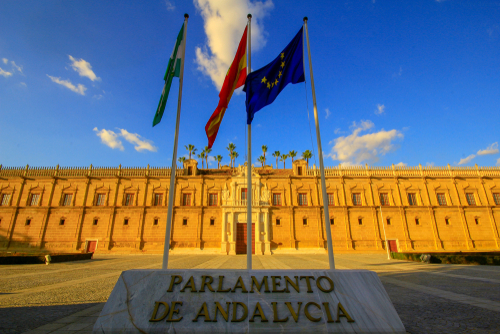 Belgium (Brussels Morning Newspaper) Spain’s opposition leader Pablo Casado, head of the center-right People’s Party (PP), appeared to be saying farewell to the Spanish parliament on Wednesday, as he faced increasing pressure within his party to resign as leader.

WIthout saying outright that he would resign, Casado delivered a brief speech in the parliament, in which he told fellow lawmakers that he hoped the government would continue to “serve the greater good”. He received a standing ovation from the members of parliament, even from his own party members who, earlier in the week withdrew their support for his leadership.

Center-left Socialist Party (PSOE) Prime Minister Pedro Sánchez also seemingly said goodbye to Casado, wishing him “all the best in his personal life”, after which Casado left the chamber quickly and alone.

Casado lost his party’s support because of a conflict with the popular leader of the Madrid region, Isabel Díaz Ayuso, who accused him and the rest of the party’s top brass of spying on her and her brother to implicate her in a corruption scandal.

Spain’s right-leaning El Mundo previously reported that Casada and the rest of party leadership had hired detectives to spy on Ayuso, suspecting that she and her brother had earned 286.000 euro when brokering a 1.5 million euro face mask contract with regional authorities in the spring of 2020.

Responding to the accusations, PP Secretary-General, Teodoro García Egea, hit back at Ayuso last week, declaring that the party would launch a disciplinary investigation and possible legal action against her. Facing increasing pressure within the party, however, García Egea resigned from his post on Tuesday, and the party dropped all plans for disciplinary action against Ayuso.

El Mundo this morning reported that 16 of PP’s 17 regional leaders were planning to call for Casado’s resignation at a party meeting scheduled for this evening. His most likely successor is believed to be Alberto Núñez Feijóo, the regional leader of Galicia, although Casado could stay on as president until April when the new leader could be chosen by the PP Congress.