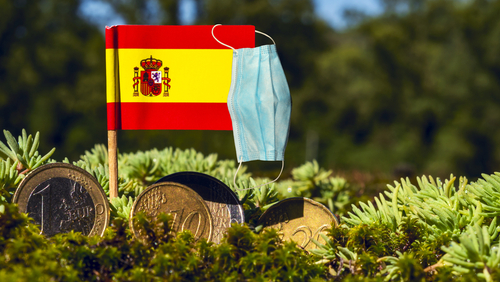 Prime Minister Pedro Sánchez had been optimistic at the start of the year, predicting that economic growth would be strong, RFI reports. However, since then, Spain has seen low consumption, slow growth and soaring energy prices.

Auto workers in Madrid protested on Monday, warning about the problems that the sector is facing, while metalworkers in Cádiz went on strike last month, demanding higher wages.

In addition, truck drivers have threatened to go on strike over rising fuel prices.

At the start of the year, in one of the most optimistic forecasts in the eurozone, the government predicted GDP growth of 9.8% this year. It cut the forecast to 6.5% in April as Spain faced a wave of COVID-19 infections. Most economists do not expect Spain’s GDP growth to exceed 5% this year.

The latest data shows that GDP grew 1.1% in Q2, in contrast with the government’s initial forecast of 2.8%, while Q3 growth stood at 2%, again lower than the initially predicted 2.7%.

Spain’s GDP dropped 10.8% last year, largely because the economy’s dependence on tourism suffered as a result of the restrictions imposed to curb the spread of coronavirus.

Spain’s economy is down roughly 6.6% compared to pre-crisis levels, in contrast with Italy’s gap of 1.4%, Germany’s 1.1% and France’s 1%. According to analysts, slow growth in Spain is largely due to supply chain disruptions, soaring energy prices and excessive reliance on tourism.

Soaring energy prices have hurt too since Spain is heavily reliant on imports. The rise of energy prices has added to inflation, which stood at 5.4% last month, the highest level in the last 29 years.