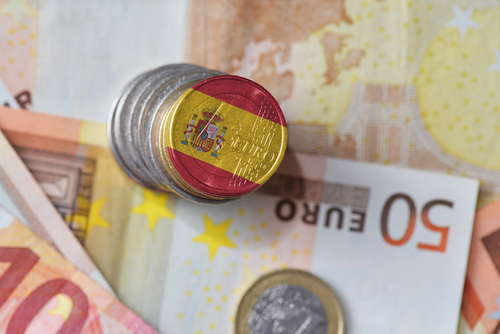 Brussels (Brussels Morning) Spain’s socialist government is introducing a 250 euro monthly grant to help young people pay their rent. The new subsidies announced by PSOE leader Pedro Sánchez, Spain’s Prime Minister, apply to Spaniards aged between 18 and 35 whose annual income is less than 23,700 euro. Sánchez also indicated that the country’s most vulnerable individuals or families will be eligible for even greater financial support—up to 40% of their monthly rental charges.

The rental subsidy, agreed to by the leftist coalition of the socialists, PSOE, and left populists, Podemos, forms part of their response to the country’s rising cost of living. The initiative also includes a restriction on rental prices by medium-to-larger property owners. The housing law aims to combat an affordability crisis that especially affects Spain’s younger generation, caught in the context of a struggling economy made more precarious because of the COVID-19 pandemic.

“We will devote a public policy to reduce the age of emancipation so unbearably high in our country so that young people can access decent housing with the support and help of the general state administration”, Sánchez announced.

The PM said the government has allocated a total of 6.82 billion euro as part of its plan to undertake more than half a million actions over the next six years.

The housing law is contained in proposals for next year’s general budget for Spain (PGE 2022). Currently in an advanced stage, the budget must be approved by the majority of the Congress and Senate by the end of the year, before the arrival of the recovery funds from the EU, which also has a say in approving the eventual budget.

Announcing the socialist’s agreement with their coalition partners, led by Yolanda Diaz, who described PGE 2022 as the path to a “fair economic and social recovery”, the PM hailed the proposed budget as “the largest investment in history, to build the Spain we deserve.”

Diaz welcomed the government agreement as a “good budget” offering “a shared course”, which meant, that having taken steps “to cut out unjust earnings, raise the minimum wage, and extend unemployment and contract benefits”,  the coalition was “now taking a decisive leap for a fair and inclusive recovery.”

The leader of Spain’s opposition party Partido Popular (PP), Pablo Casado, had been predictably critical of the proposed measures earlier in the week when he warned that his party would oppose them in law and see to it that they would not be applied in municipalities such as Madrid where PP holds sway. He denounced the PM’s initiative claiming that “his

The PP leader said that, with 600,000 more unemployed than when he assumed office, plus  “the most expensive light prices in Spain’s history”, PM Sanchez had no reason to boast

“Instead of agreeing on ruinous budgets with communists and separatists, he must lower taxes and accept our energy reform to lower the rate for homes and the self-employed,” he added.