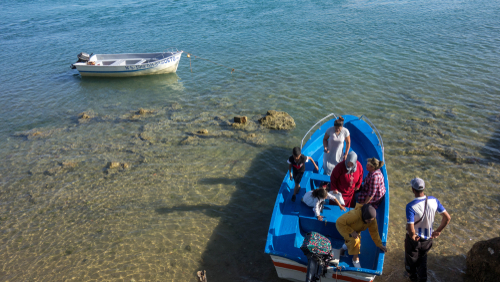 Brussels (Brussels Morning) Spanish authorities started deporting minors who illegally entered the Spanish autonomous city of Ceuta in North Africa from Morocco in May, when over 10,000 people breached the border due to lax border control in Morocco.

The Spanish government reached a deal with Morocco on Friday to deport 740 minors from Ceuta, with the first 15 sent by bus the same day and additional 30 expelled by Monday, according to El País reporting on Monday.

The Spanish Interior Ministry pointed out that the minors are deported in line with an agreement signed with Morocco in 2007 to enable repatriation of unaccompanied minors.

The latest agreement with Morocco came under fire from Coordinadora de Barrios NGO and Ione Belarra, Minister of Social Rights and 2030 Agenda, who criticised the move and added that she wants nothing to do with the deportations.

Critics point out that the move is not in line with the UN Convention on the Rights of the Child, which Spain ratified in 1990. According to the convention, children are all people under the age of 18 and have the right to be heard in processes that affect them.

Diego López Garrido, a Professor of Constitutional Law, pointed out that the decision violates Spanish immigration regulations adopted in 2000, according to which public prosecutors and protection services must issue reports before the deportation of minors. He stressed that relevant reports have not been issued.

Andrés Conde, head of Save the Children Spain NGO, said on Friday that “many of these children who are being deported are in a situation of risk.” According to the NGO’s interviews with roughly 350 minors who entered Ceuta illegally, some say they were sexually abused, exploited and trafficked.

According to sources from NGOs and police, roughly 80 minors escaped from detention centres on Saturday, after the deal with Morocco was struck on Friday.