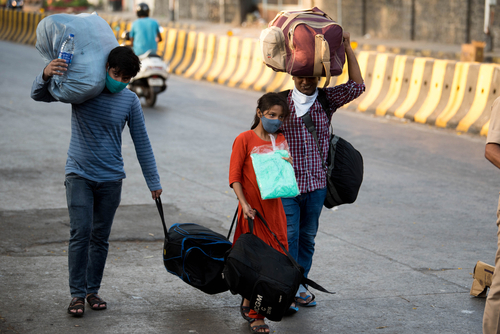 Brussels (Brussels Morning) The Spanish government has deployed troops to Ceuta to patrol the border with Morocco after thousands of migrants swam into Spain’s northern African enclave, France24 reported.

According to an Interior Ministry source, the soldiers will be tasked with patrolling the borders in support of Spanish police, with their deployment “starting immediately”. There is no information as to the number of troops being sent to Ceuta.

Order on the streets

According to Interior Minister Fernando Grande-Marlaska, as many as 6,000 Moroccan nationals swam into Ceuta on Monday and Tuesday, with at least one person dying in the attempt. Among the arrived migrants, some 1,500 were minors. Adult migrants are being transferred to a local football stadium for return to Morocco, while the minors are being sent to an adapted industrial building.

The deployment plans were confirmed by the spokesman for Ceuta’s government delegation, who clarified that the soldiers will help the police by working with them in sensitive locations within the enclave, “to maintain order on the streets”.

The Spanish enclaves Ceuta and Melilla, situated on the northern coast of Morocco, have for a long time now been magnets for African migrants attempting to reach Europe, seeking a better, or at least a safer life.

Ceuta is home to some 85,000 people — mostly Spanish citizens — and is an autonomous city ruled by a Mayor-President and local Assembly of Ceuta. It is located on the northern tip of Morocco, across from Gibraltar, and is bordered by Morocco on all sides.

In parallel with the mass arrivals to Ceuta, a number of migrants attempted to break into Melilla, a similarly-populated autonomous Spanish city, located some 300 kilometres east. According to the Spanish TV channel 24h, a group of at least 85 migrants attempted to climb the border fence between Morocco and Melilla on Tuesday.