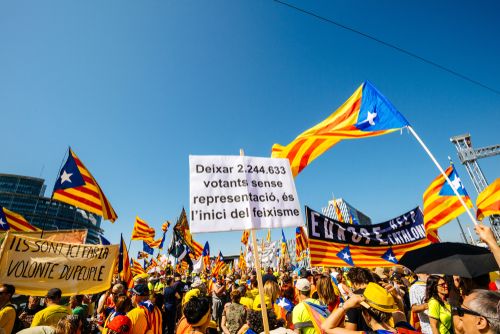 Brussels (Brussels Morning) Spain’s Prime Minister, Pedro Sánchez, is preparing pardons for leaders of the Catalan independence movement, who were jailed in 2017.

According to several government sources, the Spanish Cabinet is to make the move in late June or early July, El País reported on Monday.

The Supreme Court found nine defendants guilty of sedition and sentenced them to up to 13 years in prison. It has been three and half years since the authorities jailed the politicians and activists in question.

Besides working on the pardons, Sánchez has announced plans to restart negotiations with the regional government on the future of Catalonia.

The pardon document should be approved after the Ministry of Justice, the Cabinet and the Deputy Prime Minister’s Office ensure that it is legally watertight and that it cannot be struck down by opponents in court.

The Cabinet is preparing arguments focused on public interest, fairness and justice, noting that pardons should help to ease tensions in Catalonia, which is in the general interest of Spain.

Last week, the Supreme Court rejected any pardons for Catalan separatists, which the government saw as an intrusion into the political sphere and claimed overstepped judicial authority.

As part of efforts to make the case legally watertight, the government is planning to place limitations on the pardons so that they can be reversed if necessary.

Moreover, the pardons would be conditional since independence leaders are likely to be barred from holding political office. Also, it is probable that their sentences will be reduced so that they can be released from prison.

Opposition and the Supreme Court stress that the Catalan separatists did not express remorse, which is not a legal requirement for pardons, and cite too the fact that they expressed preparedness to do it again.

Former Prime Minister José Luis Rodríguez Zapatero of the Spanish Socialist Workers’ Party indicated the decision to issue pardons “will be understood a lot better within a few months and even more so in a few years”.

“These are things that a Prime Minister has to do, whatever the cost,” he observed.