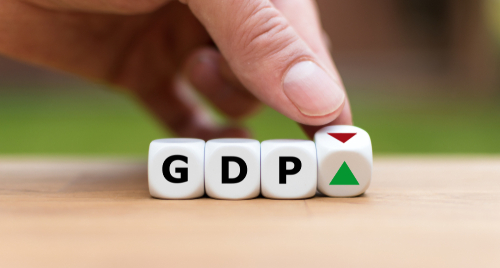 Madrid (Brussels Morning) The Spanish government has lowered its forecast for GDP growth this year after economic contraction in the first quarter, Reuters reported on Friday.

Adding to this, the government expects that the arrival of EU recovery funds will be delayed, which would mean a further setback for Spain’s economic recovery.

Nadia Calviño, Minister of Economic Affairs and Digital Transformation, stated that the government expects GDP to grow 6.5% this year, down from the previous forecast of between 7.2% and 9.8%.

The coronavirus crisis struck Spain harder than most developed countries because of its dependency on tourism, with GDP dropping 10.8% last year.

Economic activity was disrupted as the third wave of coronavirus infections swept across the country at the start of the year, in addition to which, January’s Storm Filomena brought unusually heavy snowfall.

According to Calviño, “the recovery is delayed by one quarter” but she noted that the government expects strong growth in the second half of the year.

While the government expects economic growth of 6.5% this year, the International Monetary Fund forecast is growth of 6.4% and the Bank of Spain 6%.

The government expects GDP growth to reach 7% next year, Calviño said, pointing out that economic growth should pick up pace as global vaccination campaigns take off.

The government expects unemployment to stabilise at 15% in 2021 and to decline gradually throughout 2024, Calviño said. Job saving economic measures should keep unemployment significantly below 27%, which was the record high level in the last financial crisis.

She also noted that approximately half of the 140 billion euro in EU recovery funds is to come in the form of grants, which, she said, should have a positive impact on on the economy next year.

Spain and other EU member states have blamed the EC for bureaucratic obstacles to getting approval for plans to absorb recovery funds.