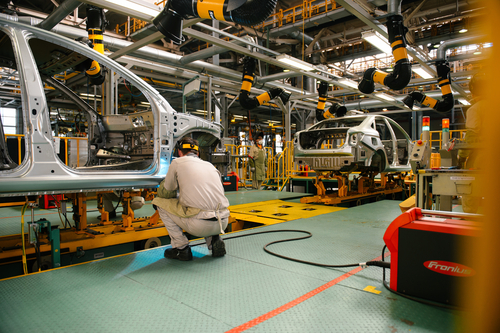 Brussels (Brussels Morning) Spain could convert the Nissan automotive group’s plant in Barcelona into a battery factory in a bid to preserve jobs, according to unnamed sources, Reuters reported on Tuesday.

The plant was to have closed at the end of last year, but Nissan decided to delay by a year to allow more time to find a buyer for its three plants in the Barcelona area.

The plan is in line with the EU’s push to develop the bloc’s battery industry in order to reduce dependency on imports from China.

Catalan authorities support plans to build a battery hub in the region. The project will proceed provided it secures 6.8 billion euro from the EU coronavirus crisis relief package, 140 billion of which is earmarked for Spain.

According to an unnamed source, authorities are considering the possibility of building the battery hub at Nissan’s main Barcelona plant. The source stressed that interest in the plants is high, indicating the likelihood that the authorities will opt for offers that preserve jobs.

Offers to be submitted by the end of March

The task force set up by the Spanish government, Nissan and the unions set an end-March deadline for submitting offers for the facilities.

Acting President of the Government of Catalonia, Pere Aragonés, has confirmed that the Nissan plants could be converted to battery factories but noted that other options are also on the table. He pointed out that Catalonia is a good location for the manufacture of batteries and that companies from the energy and transport sectors support the project.

According to an unnamed source, the French Schneider Electric and the South Korean LG Energy Solutions are among the companies that have expressed interest in the Barcelona plants.

The Spanish government and Nissan have indicated they cannot comment on the process since it is confidential.

Tags: Nissan plant in Barcelona
No Result
View All Result