S&P expects EU recovery fund to boost GDP by up to 4.1% 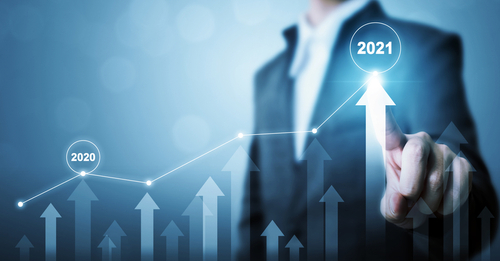 EU member states aim to finalise plans to speed up economic recovery and move in a more environmentally friendly direction by the end of the week.

Since at least 37% of the money is allocated for green investments and 20% for digitalisation efforts, many EU members are expected to breach the 30 April deadline and submit their individual plans around mid-May.

“We view the plan at the EU level as supportive of European sovereigns’ creditworthiness, though national governments’ ability to implement structural reforms hinges on the unwinding of economic imbalances that have worsened because of the pandemic”, S&P noted.

It stressed that the 1.5% and 4.1% growth predictions relate to low- and high-impact scenarios, respectively.

In the high-impact scenario, 91% of the money would be absorbed, but S&P points out that approximately 51% of money available under normal EU funding plans gets used on average due to bureaucratic obstacles.

In the low-impact scenario, the same pattern applies. This would result in cumulative economic growth standing at 1.5% of GDP in 2026, with significant differences between member states.

Bloc officials predict the recovery plan could be ratified by June, and add that first payments from the recovery fund should come in July.

EU member states can receive 13% of their allocation up front, with the remainder to be paid out gradually as milestones are reached.

S&P concluded that the recovery fund should help EU member states maintain ratings as it provides “significant financial levers that can be deployed with substantial flexibility compared to traditional EU structural funds”.