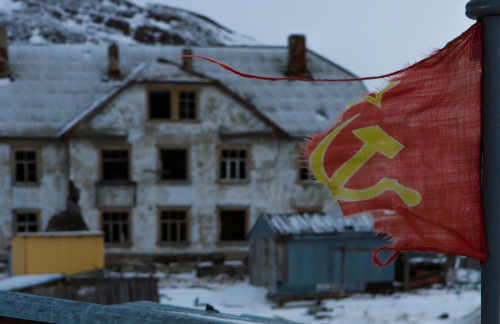 flag of the Soviet Union, sickle and hammer ruins, perestroika . end of the USSR

Belgium (Brussels Morning Newspaper) A Soviet-era missile-like drone crashed in a residential area of the Croatian capital Zagreb on Thursday evening, luckily missing a nearby students’ dormitory and creating a 3-metre-deep crater in the ground.

The vehicle, suspected by some military experts to be a Tupolev Tu-141 Strizh reconnaissance drone, most likely malfunctioned in Ukraine and flew over Hungary before running out of fuel and crashing to the ground in Zagreb.

While Ukraine is currently the only country operating the Tu-141 drones, which date back to the late 70s and early 80s, the Russian military also keeps an unknown number of such drones in storage. With their range estimated at around 1,000 kilometres, the drone could have been launched either from Ukraine or from Belarus.

According to Croatia’s President, Zoran Milanović, who held a press conference after meeting with his top army officers, the drone was detected by Croatian air defence radars, but it was too late to intercept it by any available means. “The object flew over Hungary for 40 minutes, it spent 7 minutes in our airspace”, Milanović said, stressing that this was a “serious incident”.

“We estimate this was not directed against Croatia — it was an incident which luckily ended without fatalities, but we have to determine procedural errors that were made,” he noted. “How could it happen, that a flying vehicle the size of an aeroplane was not brought down en route from Ukraine to Zagreb.”

Ukrainian defence ministry adviser Markiyan Lubkyivsky told the Croatian daily Jutarnji list that the drone did not belong to Ukraine, resolutely rejecting the possibility. Lubkyivsky called on Croatian authorities to carry out an investigation and determine the owner of the drone, while announcing a formal statement from the Ukrainian military and Foreign Affairs Ministry would be issued later in the day.

With the war developing in Ukraine, NATO forces in neighbouring countries such as Poland, Hungary, Slovakia and Romania reportedly are constantly on the alert. NATO E-3A AWACS planes from the alliance’s Geilenkirchen air base in Germany continually monitor the airspace for jets and other flying vehicles crossing into NATO borders.

Croatia’s Prime Minister, Andrej Plenković, who is currently attending the EU summit in Versailles in France, told Croatian media that he had informed all EU leaders of the unexpected incident that had taken place in Zagreb.