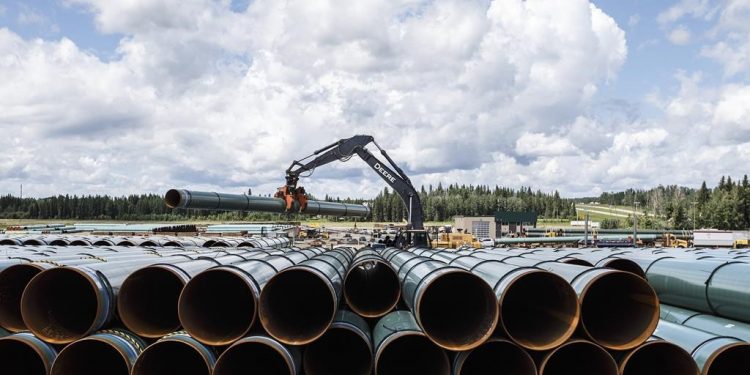 Brussels (Brussels Morning) The Southern Gas Corridor (SGC) should start bringing natural gas from Azerbaijan to Europe this month, according to Trans Adriatic Pipeline (TAP) managing director Luca Schieppati, DW reported, Wednesday. The TAP is the last leg of the SGC, the largest gas project in the world since 2017.

Preparations for start of operation are on schedule, Schieppati noted and added that the SGC will provide Europe with natural gas from a new source and via a new route. This will improve Europe’s energy security and diversify supplies.

Schieppati pointed out that the TAP could increase its capacity from 10 to 20 billion cubic metres per year with minor modifications.

Natural gas from Azerbaijan should cover some 30% of domestic demand in Bulgaria, about 20% in Greece and approximately 12% in Italy, Schieppati added, noting that the pipeline should make energy prices in Italy more competitive.

NATO Association of Canada (NAOC) research analyst Mariana Liakopoulou opined that the pipeline will promote gas usage in the Western Balkan countries such as Albania, Kosovo and Montenegro that currently lack a commercial gas sector and are dependent on locally-sourced coal.

She added that the pipeline would also help Bosnia and Herzegovina, both of which are entirely dependent on Russian gas.

While experts point to the war between Armenia and Azerbaijan as a risk factor, Liakopoulou predicted the conflict is unlikely to jeopardize gas flow at this point. However, she conceded that if the conflict in Nagorno-Karabakh escalates to the point where the SCP, which is running north of the conflict area, is impacted, Azerbaijan’s status as a reliable exporter would be at risk.

Unnamed Turkish diplomatic sources pointed out that a potential Armenian attack on the pipeline would target energy security of the EU, noting that Turkish and EU interests are convergent in this regard.

The second leg of the SGC, the Trans-Anatolian Natural Gas Pipeline (TANAP), is completed and operational. The sources noted that the TANAP should reach capacity of 31 billion cubic metres per year by 2026, making it the EU’s fourth largest source of gas.

Gürkan Kumbaroğlu, professor at Boğaziçi University, stressed that Turkey and the EU should work towards strengthening their bilateral relationship in order to create a competitive marketplace for gas.