Southern and Central Europe hit by a shortage in medics 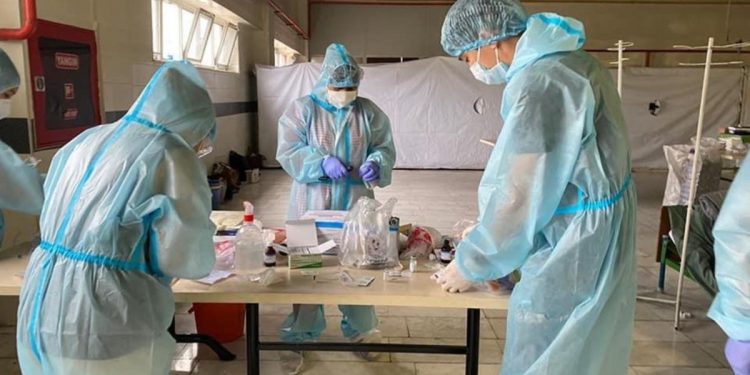 Brussels (Brussels Morning) Southern Europe has lost thousands of medics to emigration in the last decade or so, Reuters reported yesterday, Thursday.

Easter Europe has experienced a similar exodus  of medics, as many moved to Western Europe in pursuit of significantly higher remuneration, according to an AP report last month.

Thousands of nurses and doctors have left Spain in the last ten years or so, driven by austerity cuts in healthcare, as have their counterparts from Italy and Portugal.

Spain had a shortage of approximately 4,000 doctors in publicly funded healthcare last year, according to a University of Las Palmas de Gran Canaria study requested by the Ministry of Health.

The figure was expected to increase to about 7,000 this year, but it is likely to be higher due to the pandemic, according to Patricia Barber, co-author of the study.

In Italy, an additional 15,000 or so specialists are needed according to the Italian General Confederation of Labour, with the government trying to entice medical students and retired medics to fill the gap.

A 2019 report by the Organisation for Security and Co-operation in Europe showed that Italy and Spain had 5.8 nurses per 1,000 inhabitants, while in Portugal the ratio was 6.7. In contrast, the figure in Germany stood at 12.9 while the average among large industrialised nations stood at 8.8.

Many Eastern European countries were facing a severe shortage of medical personnel before the coronavirus crisis, AP reported, and the situation was worsening amid the pandemic.

Earlier this week, Hungarian doctors sounded the alarm about the lack of qualified medical staff, and warned that the healthcare system could collapse, AP reported Tuesday.

Vice president of the Hungarian Chamber of Doctors, Péter Álmos, criticised the new restrictions imposed last week as not having been introduced soon enough.

Hungary’s shortage of medics predates the pandemic. Many qualified medical personnel emigrated after the country joined the EU in 2004.