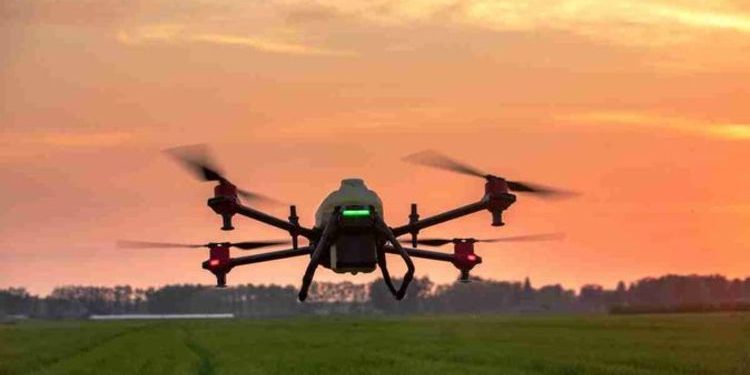 CHINA is accelerating its development of its militarised drones and autonomous attack technology across the Asia-Pacific region.

A Beijing based military analyst outlined the importance of drone technology in modern warfare. The analyst Zhou Chenming said: “Drones will be so convenient and cheap when South China Sea claimants want to check out remote reefs and waters compared to warships and planes.” Mr Zhou added that China would be using the current demand for drone technology to its advantage.

Speaking to the South China Morning Post, he said: “China’s spending in this area is huge.

“It is rich in R&D human resources and it has deep and extensive technological experience.”

Mr Zhou added: “The Americans are now making massive efforts to catch up on hypersonic missiles, so how long China can keep this edge is unknown.

“But compared with other countries in Asia-Pacific, it shouldn’t be difficult to keep its lead among its neighbours for quite a long time.”

Mr Zhou now argues that this proliferation of drone and advanced military technology, “will greatly change the geopolitical balance, and make the region a powder keg.”

A recent paper from the Institute of Strategic Studies has described the risks of a dangerous proliferation of lethal drones as “inevitable”.

The paper said: “Although the proliferation of advanced weapons is normally a cause for concern regarding escalation, modern cruise missiles and unmanned aerial vehicles may today serve as weapons that smaller states can use to deter aggression from larger states.”

There is now the consensus the growth of autonomous military technology will increase the risk of these vehicles falling into the hands of terrorists and extremists.

The Missile Technology Control Regime, MTCR, is an international body that is designed to restrict the development of ballistic missiles in the Asia-Pacific region.

China is a world leader in exporting drone technology.

This proliferation of drone technology is worsening the world’s security environment.

Referencing some of the countries China is exporting too, Zhao Tong, a fellow at the Carnegie-Tsinghua Centre for Global Policy, said: “These countries are not capable of developing a missile defence system.

“So to keep some sort of strategic deterrence or as anti-access/area-denial tools, they tend to develop some asymmetric attack weapons with a lower technological threshold, such as cruise missiles or drones, or even cooperate in such efforts.

“As a result, the situation will remain complicated for China.”