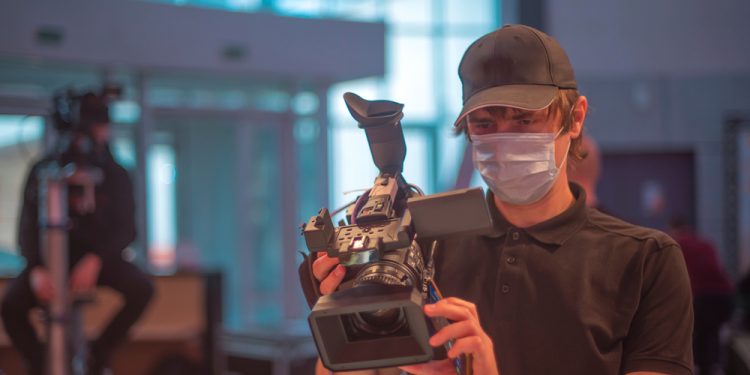 Brussels (Brussels Morning) The coronavirus pandemic has allowed states to crack down on critical reporters. Access to sources, transparency and lack of funding are some of the major impacts COVID-19 is having on journalism.

Nearly one year after the outbreak, the coronavirus crisis has hardened many challenges faced by journalists, limiting their ability to perform.

While these challenges have been reported worldwide, there is an evolving trend of so-called democratic actors in the west, including the EU, UK and the US, seemingly turning to the repression of information and enacting attacks on journalists.

“Part of the problem is restrictive measures ostensibly aimed at containing the virus: Freedom House recently highlighted 91 countries with emergency laws and regulations that hamper independent journalism. These range from relatively mild, such as limiting questions at press conferences, to suspending newspapers’ publication and blocking websites”, wrote the director of Free Press Unlimited Leon Willems for the Project Syndicate on 7 December.

According to the Committee to Protect Journalists (CPJ), the number of journalists jailed globally for doing their job hit record figures in 2020, as governments cracked down on COVID-19 coverage or tried to suppress reporting on political unrest.

In total, 274 journalists were arrested, the worst year on record, according to the CPJ. The top four repressive countries include China, Turkey, Egypt and Saudi Arabia.

In Austria, journalists have been facing roadblocks to access official information, according to the International Press Institute (IPI).

“Austria is the last democracy in Europe that does not give citizens and journalists the right to view official documents. We have been promised changes since 2013, but nothing has happened”, Mathias Huter, chairman of the NGO “Forum Informationsfreiheit” (FOI) said on 24 November.

In Malta, access to documents related to the government’s transition plan and risk assessments for easing COVID-19 restrictions over the summer were rejected by the Superintendence for Public Health, the IPI stated on 20 November.

“In this context of health crisis citizens need more than ever verified and independent information. States must be more transparent and provide greater access to information; many are doing the opposite”, said the European Federation of Journalists’ (EFJ) General Secretary Ricardo Gutiérrez.

According to the EFJ, threats to freedom of information during the pandemic have been reported in Albania, Armenia, Azerbaijan, Bosnia and Herzegovina, Croatia, Greece, Hungary, Italy, Kosovo, Moldova, Poland, Romania, Russia, Serbia, Slovenia, Spain, Turkey, Ukraine and the UK.

Early in December, the Slovenian press agency, STA, suffered a harsh cut in funding demanded by the conservative government.

Since taking office in March, the Slovenian Prime Minister Janez Jansa has consistently criticised STA’s reporting on his government’s activities and handling of the COVID-19 pandemic.

“We believe the move to temporarily halt funding from the Slovenian Press Agency (STA) will seriously jeopardise its ability to keep citizens informed during and after the COVID-19 pandemic”, partners of the Media Freedom Rapid Response (MFRR) said with concern on 7 December.

In Malta, COVID-19 has had a significant impact on press freedom and independent journalism.

According to the International Press Institute (IPI), key issues include a “non-transparent system of providing public aid to media outlets, a restrictive attitude toward access to information, and delays in the public inquiry into the murder of investigative journalist Daphne Caruana Galizia”.

For Otmar Lahodynsky, the COVID-19 pandemic “influenced the media sector in an unprecedented manner”.

“I see a paradox — the need for truthful and reliable information on the pandemic and the methods fighting it rose, but income through advertising was reduced and many media corporations in Europe reduced the number of paid journalists”, Lahodynsky told Brussels Morning.

Recently, in China, the government jailed the citizen journalist Zhang Zhan for four years for reporting on the virus in Wuhan. Zhan has been on a hunger strike since June and is reportedly force-fed via a nasal tube. So far, China has punished eight virus whistleblowers, according to the AFP News Agency.

On 29 December, the EU has condemned the arrest of journalists in China, calling in the “immediate release” of Zhang Zhan and other jailed journalists “who have engaged in reporting activities in the public interest.”

A “worrying climate of hatred against the media” was noticed in many European countries, Lahodynsky added.

The AEJ intervened in many cases where journalists were facing threats of violence.

“We intervened when two Albanian journalists were arrested, reporting about protests against the shooting of a 28-year-old man who was shot by the police at 2.00 a.m. for not observing curfew rules.

One editor-in chief, Vicepresident of Albanian section of AEJ, was beaten up and his mobile phone with videos of police action was confiscated. Thanks to our protests he was quickly released – without any excuse”, Lahodynsky shared with Brussels Morning.

A chilling case of freedom of the press and the future of journalism is the legal battle facing Wikileaks and its founder and editor-in-chief Julian Assange.

Juan Passarelli, a journalist and filmmaker reporting on Wikileaks the past ten years, described the barely inexistent audience, in the name of COVID-19, during Julian Assange’s hearing proceedings in September 2020.

“In terms of the coverage of the Julian Assange case — how the court has handled the access to the hearing proceedings has been an utter disgrace; it’s basically been a secret court. There has been limited access to people in the galleries — that is civilians”, Passarelli told Brussels Morning.

“Everyone has the right to be able to view these proceedings and it’s important that we talk, as journalists, about how open justice is being carried out”.

“There were 40 human rights and civil liberties, and political organisations, including MEPs who wanted to observe these proceedings — NUJ and HRW — none of these organisations were allowed to monitor the legal proceedings”, Juan Passarelli denounced.

“There were sittings for only five people in the gallery – five members of the public — 10 seats were allocated to journalists, which were in a separate gallery and only had a TV, no direct access to the courtroom. Finally, they allowed a videolink too, that required a whole bureaucratic process to have access to it, with strict deadlines”.

Prior to Julian Assange’s hearings in September, Amnesty International described the inside of the courtroom as a “circus”.

“There have been multiple technical difficulties, a COVID-19 scare which temporarily halted proceedings and numerous procedural irregularities including the decision by the presiding judge to withdraw permission for Amnesty International’s fair trial observer to have access to the courtroom”, stated Stefan Simanowitz from Amnesty International.

“What took place in there was absolutely incredible, and people were not able to observe it and properly report about it, be it journalists, civilians or observers for human rights”, Juan Passarelli added.

“The COVID-19 crisis could deal a fatal blow to independent journalism. But there is still time to make sure that it doesn’t”, said Leon Willems from Free Press Unlimited.

Willems urged governments to “immediately end the impunity that perpetuates and possibly even encourages attacks on freedom of expression” and the continuous attacks on journalists and democracy in general.

Double standards should not prevail, as the rule of law should be respected equally, particularly within the EU, with its seemingly highest standards, and ideally across the world.

“If journalists are not able to hold the power to account, we are denied the right to know what governments do in our name and we can’t properly decide who are the best candidates to govern us”, said Juan Passarelli.

The director of the Free Press Unlimited further warned that all governments should be held accountable when pandemic-related restrictions are used as a pretext to silence journalists.

As for Juan Passarelli, he tried to encourage individuals to share what they deem to be relevant: “Wikileaks is the ideal place for the world to understand how this pandemic has actually been handled by any of these big organisations”.

“I want to tell people who have information within the World Health Organisation (WHO), within Pfizer and the big players who are involved in the managing of this crisis — in Europe, in the UK, in the United States, in China, Russia, anywhere”, Passarelli said, “to rely on Wikileaks to submit public interest information and Wikileaks will publish and will protect the identity of the sources”.