Something In The Air? 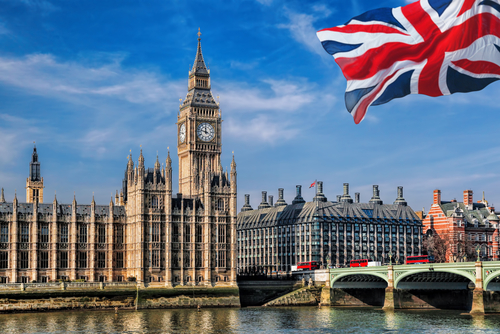 Former Hard Right Conservative Party MP John Bercow has left his long-time political home and joined the UK’s main opposition Labour Party. With two by-elections going against the government, is this an indication of a broader sea change?

London (Brussels Morning) John Bercow, the former Speaker of the UK’s House of Commons’ recent defection to the Labour Party is a culmination of a process that began at least two decades ago and has been rumoured for at least a dozen of those years.

He began his political journey in a very different place, amongst the hardest of the Hard Right of Britain’s Conservative Party. He had become captivated by the writings of the noted late British Conservative and Ulster Unionist politician, Enoch Powell.

Powell had strong nationalist leanings and gave an address colloquially known as the ‘Rivers Of Blood’ speech that is still notorious in the UK 53 years later. The speech was made in apparent anticipation of legislation designed to combat racial discrimination in the UK. In the speech, Powell claimed that a constituent of his had said to him that “the black man will have the whip hand over the white man” in the UK within 15-20 years.

Thus, questionably inspired, the Jewish-born Bercow joined the Conservative Monday Club and sat on its immigration and repatriation committee. He would leave this organisation after 18 months, claiming there were “unpleasant racists” in it, as if this were somehow an unexpected and surprising revelation. However, he was still enough in awe of presumably more pleasant racism to write to Enoch Powell’s widow on the occasion of the 85-year-old’s death in 1998, describing him as “my hero”. Powell apologists will always say there was much more to him than his racist pronouncements, but those are the only things he is consistently remembered for by the person in the street in the UK.

Yet it was within two years of praising Powell in a handwritten note that Bercow voted as an MP for the equalisation of the age of consent, regardless of sexual orientation, in defiance of the then-current position of many in his party. Although still describing himself as “Thatcher’s son” two years later, this vote can perhaps be seen as a milestone in Bercow’s journey. Having decided he’d previously been wrong in voting for statutory discrimination, it appears to have led to a chain reaction and re-examination of many of his previous positions; he repudiated what he now saw as the bigotry of his earlier attitudes, including his support for Powell, whose views, he concluded, had had an ‘internal logic’ but were based on the wrong premise.

Given the extreme positions he had once held, Bercow was supremely qualified as he left the Conservatives to describe them as “reactionary, populist, nationalistic and sometimes even xenophobic”.
But is Bercow’s confirmation of his (final?) political destination part of a broader political realignment? His announcement arrived at around the same time as the result of the Chesham and Amersham by-election, which saw a massive swing away from the Conservatives to the Liberal Democrats.

The latter had been second in the 2019 general election and were therefore arguably the destination for disaffected Conservative voters and Labour tactical voters alike. The Lib Dems’ Sarah Green won a massive 56.7% of the vote in a 30.4% swing from Bercow’s former party to the Lib Dems. And the Conservatives have today failed to take the northern English constituency of Batley and Spennymoor, which seemed a sure thing to many commentators and pollsters in the middle of June.

But can anything be gleaned from these developments, especially once applied to the UK’s notoriously askew First Past The Post voting system in the context of a future general election? Are politicians and the more excitable pundits looking for a pattern that perhaps isn’t there as, after all, we humans are hardwired to do? Are these patterns any more trustworthy than people who see other patterns, like Jesus Christ in the foam on the top of their pint of beer? Or think that a carrot looks like a well-known sporting personality?

In short, do these two votes have any significance for a general election which may yet be three years away?

Momentarily setting aside local factors in Amersham and Chesham such as opposition to the HR2 high speed rail link’s proposed path through the constituency, let’s look at the impressive but fleeting successes of the Liberal Democrats’ forerunner, the Social Democrat Party/Liberal Party alliance, in the early 1980s. Before the SDP and the Liberals formally merged in 1988, their seven-year electoral pact turned up a few spectacular by-election results, at least early on.

These included the Crosby by-election in late 1981 and the Bermondsey by-election in February 1983, which respectively delivered an SDP victory with 49.07% of the vote and a Liberal one on an enormous 57.7%. Even though the latter was one extra percentage point more than the colossal Chesham and Amersham total last month, when the 1983 general election arrived just months later, it produced a resounding national victory for the Conservatives, who substantially increased their majority. The Alliance won only six of its top twenty target seats, despite increasing its share of the vote to within three percentage points of the Labour Party’s total.

And so, while it’s not inconceivable that the Liberal Democrats could win other southern currently Conservative-held seats, especially in the context of by-elections, there’s no hard evidence currently to support the idea that, apart from making some of the party’s MPs jittery, this eye-catching but localised electoral tremor could turn into a widespread earthquake. After all, Labour barely campaigned in this by-election, knowing it was pointless to waste resources where they had no realistic chance of winning. That would be different in a general election where there is obviously widespread awareness of the upcoming poll irrespective of local campaigns, during which people may vote differently in any case, considering that there’s more at stake.

And what of today’s by-election result in the northern English constituency of Batley and Spennymoor? Even more than last month’s poll, this contest is an exemplar of how difficult it is to project a one-off result involving many complex local factors onto even a relatively fair election system, let alone one like the UK’s, where most seats are a foregone conclusion and the majority of votes effectively won’t count.
Although thought certain to win it several weeks ago, the Conservatives fell short of Labour’s victorious total by 323 votes.

Their total was down by more than 6,000 on the 2019 general election, although their percentage of the vote ended up being only slightly down. Some Conservatives have suggested the Matt Hancock affair was a factor.

Labour’s new MP is Kim Leadbeater, sister of Jo Cox, who was the Labour MP for the same constituency until her murder by a fascist terrorist in June 2016, an obvious additional element.

Effectively taking more than eight thousand votes out of the equation was the Workers Party, whose leader George Galloway stood as candidate, achieving a creditable third place. Galloway is as complex a figure as this result: although fiercely intelligent and articulate, he is regarded by many as a litigious, attention-seeking irritant. He certainly irritated the Tories, by arguably helping his former Labour colleagues squeak a victory, which was surely not his intent.

So, taken together, can much be read into the long-predicted defection of Bercow and these two by-election losses for his former party? There’s no doubt that Bercow was once a true blue Tory and the evolution to his current views and persona could scarcely have been predicted a quarter of a century ago. But his is an atypical journey. And his role as Speaker saw him theoretically disconnected – and certainly distrusted – by the Conservatives, especially during the recent Brexit rancour.

So is there a pattern? Not sure. I’d ask Jesus, but I’ve just blown the froth of my pint. Cheers!