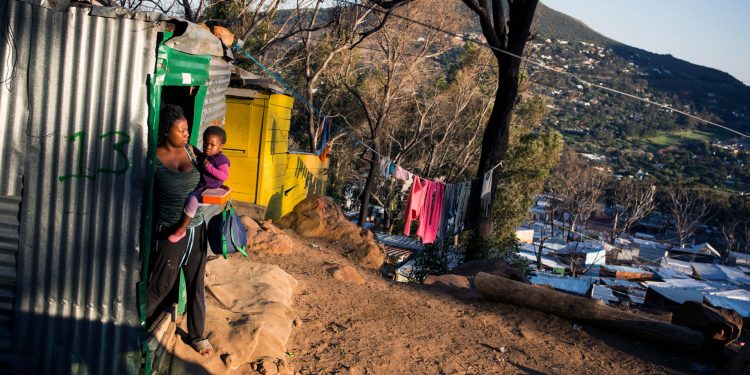 Is it time to rethink “slum tourism”? Researchers at the University of Bath believe the answer is a resounding yes. They claim that foreign visitors are glossing over the hardships of those living in poor areas with well-meaning attempts to portray their inhabitants in a positive light.

The researchers analysed more than 400 Tripadvisor reviews for two townships outside Cape Town in South Africa regularly referred to as “slums”. They found that visitors to Langa and Imizamo Yethu underplayed the daily challenges facing people living there.

In recounting their experiences on Tripadvisor, the tourists regularly described the townships as productive, vibrant cultural spaces, rich in non-material assets, inhabited by happy and hard-working people.

Typical responses included: “We learned so much, and it was wonderful to be in the community, to experience the friendship, the solidarity – to see a new future being built”; “The level of poverty that these people live in is unbelievable. But everyone here has hope and aspirations of getting a house and work. Truly amazing people”; “There are hardworking people in the township who are making life better for themselves.”

However, the depictions often obscured the inequalities between poor residents and wealthy tourists.

Across 452 Tripadvisor reviews only four remarked on water, sanitation or sewerage. Only two observed that the vast majority of residents lived without toilets or running water inside their homes. Overall, the majority of reviews represented residents as satisfied with their circumstances, with several reviewers remarking that they thought the children in the townships had better lives than those from privileged backgrounds.

Writing in the journal Geoforum, the researchers suggest that this can lead to an unhealthy reframing of the debate about urban poverty.

“Over recent years, slum tourism has thrived across the world, fuelled by a growth in international travel, rapid urbanisation, and of course deepening levels of global inequality,” said lead researcher Dr Monique Huysamen, from the department of psychology at Bath. “It now forms part of an ever-growing ‘alternative’ tourism industry, which includes practices like ‘ecotourism’ as well as ‘voluntourism’ – a popular gap-year activity for young travellers from the global north.”

But she warned: “While township tours, if operated by local residents, may potentially offer certain economic benefits for these communities, we found that tourists’ reviews lead to a skewed representation of poverty and its causes, certainly in South African townships.

“Issues like inadequate sanitation – a topic which has been deeply politicised in recent years in South Africa – are too often glossed over, and the need for radical social and infrastructural change is invisible from their Tripadvisor reviews.”

The findings highlight how poverty tourism has become a double-edged sword for people living in slum areas.

But with much of international travel now on hold due to Covid-19, Huysamen said there was a chance to rethink and re-evaluate future tourism. “The pause in travel allows us an opportunity to think much more deeply about how such tourism might be reinforcing and exacerbating patterns of inequality and poverty. Where we do visit destinations where residents live in abject poverty, we need to think carefully about how we retell and represent these experiences to others, for example on social media, so that we are sure to paint a fuller picture of their lives and the challenges they face.”