Slovenia to abandon coal by 2033

Brussels (Brussels Morning) The Government of Slovenia has announced its plans to phase out coal by 2033 at the latest, becoming the 23rd European country to announce a coal exit plan.

Despite the positive step in Slovenia, campaigners say the plan lacks ambition compared to the coal phase-out dates set by peer countries like Slovakia (2030), North Macedonia (2027), and Greece (2025). Still, they recognize it brings a Paris-aligned, pre-2030 coal phase-out within reach.

“It falls short of the 16 that have either already quit coal or will do so by 2030, but as we have seen with the likes of Germany which is now targeting a fossil-free, completely renewables-based power system by 2035, this will easily be superseded by reality”, Zala Primc, Campaigner at Europe Beyond Coal, declared.

Only two percent of Slovenia’s electricity is produced from solar and wind. Primc has called upon the government to “urgently exploit the country’s immense renewable energy potential” and to avoid the pitfall of fossil gas if Slovenia plans to avoid the energy price and supply crises inherent to fossil fuels. 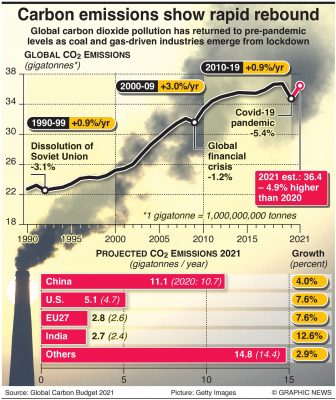 Slovenia’s largest coal plant Šoštanj 6 (600MW) was controversially brought online in 2015 – the year the world agreed to the UN Paris climate agreement – and was immediately at risk of becoming a stranded asset.

A leaked document belonging to state-owned operator Holding Slovenske Elektrarne (HSE) shows that the plant is on the verge of bankruptcy and that it will only be able to pay salaries and other liabilities until this spring at best.

“From day one, it was abundantly clear that Šoštanj 6 was not financially viable, and that Slovene taxpayers would be left footing the bill, and we have been proven right. The responsibility for this failure lies squarely with the politicians, energy experts, and investors who banged the drum for this coal project, and with the EIB and the EBRD who endorsed it”, Dr. Tomislav Tkalec, Energy expert at Focus Association for Sustainable Development, asserted.

“The government needs to come clean with coal workers and their communities about the plant’s rapidly approaching closure, and admit to them that Slovenia will not be exiting coal in 2033, but this decade, so that they can plan for the transition of their economies”, Tkalec declared.

Coal is the most carbon-intensive fossil fuel and phasing it out is a key step to achieve the emissions reductions needed to limit global warming to 1.5°C, as enshrined in the Paris Agreement. Research conducted by Climate Analytics shows coal needs to be phased out globally by 2040 to meet the commitments made under the Paris Agreement.

Most emissions from coal are in the electricity sector and, given the existence of technologies that can replace coal, phase-out is a relatively cheap and easy option to reduce emissions.