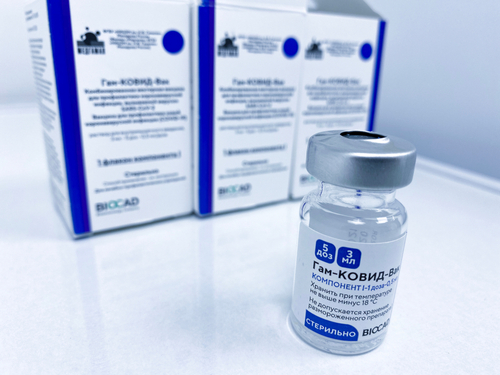 Brussels (Brussels Morning) Slovakia’s Prime Minister, Igor Matovič , announced on Sunday he was prepared to step down to resolve the government crisis if his coalition partners agreed to provide him with a Cabinet seat, Reuters reported.

The ruling coalition is facing a crisis over Matovič’s leadership, with tensions boiling over this month as he ordered shipments of Russian Sputnik V COVID-19 vaccines without consulting with his coalition partners.

“If coalition partners meet the commitments that they have publicly declared, and that is what our demands are based on, I am willing to step down as the chairman of the Cabinet and work as one of its members”, he announced at a press conference on Sunday.

Matovič is a former activist against corruption and founder of the Ordinary People and Independent Personalities (OĽaNO) party.

He demanded that Richard Sulík, Freedom and Solidarity (SaS) party leader and Minister of Economy, leaves the Cabinet. Sulík had clashed with Matovič earlier, describing his leadership as chaotic and announcing preparedness to leave the Cabinet if Matovič went too.

Matovič has also demanded that the SaS be allowed one fewer Cabinet seat as well as calling for the departure of a minister from a third party.

The SaS welcomed the PM’s offer, pointing out it leaves room for negotiations. However, it rejected his demand that the party give up a seat in the Cabinet and said the proposal that Sulík leaves and Matovič stays in the Cabinet is unacceptable.

The ruling coalition won a landslide in 2020 as Slovaks demanded a crackdown on corruption and cronyism in the wake of the killing of an investigative journalist.

A number of investigations and prosecutions were launched under the new government, but the ruling coalition is struggling with internal disputes.Slovakia received 200,000 shots of Sputnik V at the start of the month, but is not administering the shots as authorities are reviewing the batch. Slovakia is the second EU member state to buy Sputnik V vaccines, after Hungary.