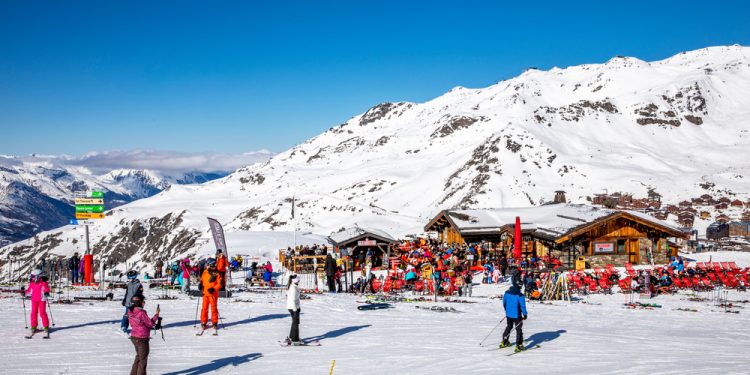 High altitude restaurant on the slopes of Val Thorens resort

Brussels (Brussels Morning) The scheduled re-opening of ski resorts across the EU varies from country to country, Reuters reported Friday. In Spain, some resorts are to reopen this week, albeit with precautionary health restrictions, while those in France, Germany and Italy are to remain shut.

While Austria announces it plans to reopen its ski resorts on 24 December, Switzerland can only say that resorts there will reopen sometime in the coming period.

In Spain, the privately owned Baqueira-Beret resort favoured by the royal family is to reopen this week. However, it will limit the number of skiers in keeping with prevailing health measures. The Sierra Nevada Ski Station is another that plans to reopen by the end of the week.

The Aragon region has yet to decide as to whether it will reopen before Christmas, despite pressure from ski resort workers who have been urging the regional government to declare the slopes open because of the threat to their livelihoods posed by prolonged closures.

Skiing has become a slippery issue across Europe, with some countries like France, Germany and Italy having closed their resorts after some became coronavirus pandemic hotspots last winter. Germany has been leading the push for an EU-wide ban on skiing until early January.

Although Austria has announced that skiing can resume on Christmas Eve, hotels in the country are to remain closed until 7 January next year. Moreover, Austria requires visitors from countries with more than 100 coronavirus cases per 100,000 citizens to undergo a period of quarantine. Countries that currently within this category include France, Germany and Italy.

The microstate of Andorra, with an economy that is heavily reliant on winter sports, has yet to announce a date when its ski resorts will reopen. However, it has made clear this will not happen before January.

Not only has France ordered resorts to close, but Prime Minister Jean Castex has announced random border checks to deter citizens from trying to ski in neighbouring countries. After meeting with ski industry representatives on Friday, Castex indicated that the government could allow resorts to reopen on 7 January.

France’s President Emmanuel Macron noted that ski resorts must remain closed until the end of the year to curb the rate of coronavirus infections, France24 reports. Clément Beaune, the French Minister of State for European Affairs, pointed out last week that the EU was hoping for an agreement with Switzerland about an equitable arrangement governing the reopening of resorts.While French courts have rejected complaints by ski resort operators about government restrictions, the Minister of Economy, Finance and Recovery, Bruno Le Maire, stated on Friday that the government has earmarked 400 million euro for closed ski resorts in next year’s budget.