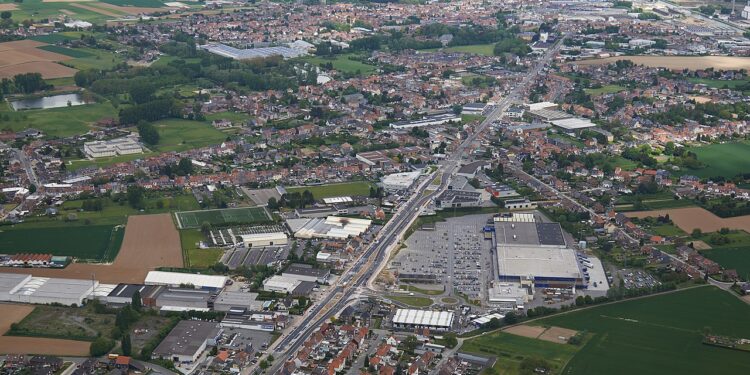 BRUSSELS (Brussels Morning) – The municipal council of Sint-Pieters-Leeuw asks for mobility solutions to be developed for the new football stadium that would be built at the Bemtpark in Forest. “There are serious traffic problems if the 21,000 visitors to that new stadium can only take the car and the Ruisbroek/Drogenbos exit,” says municipal councillor Jeroen Tiebout (N-VA) in a press release.

The historic Joseph Mariënstadion on the Brusselsesteenweg in Forest no longer meets the requirements of a modern football club such as Royal Union Sint-Gillis (RUSG), which plays at the highest level. The club is therefore looking for a new stadium. According to a report by BRUZZ, Brussels Prime Minister Rudi Vervoort (PS), Brussels State Secretary for Urban Planning Pascal Smet (one.brussels) and the mayors of Vorst and Sint-Gillis have a preference for the site at the Bemptpark, where a stadium for 21,000 fans and a hotel with 100 to 150 rooms.

“However, this ambitious and beautiful plan threatens to have a major impact on traffic. For example, the 21,000 visitors to the stadium would have to rely on just one motorway exit, which, by the way, should also be used by spectators of concerts in Forest National,” says Tiebout, who is a municipal councillor in Sint-Pieters-Leeuw and also spokesperson for Ben Weyts (N-VA), minister responsible for the Flemish Periphery.

“The councillors are not against the construction of a football temple in Forest,” said Tiebout. “It is normal that Royal Union Sint-Gillis wants a new stadium and it is fantastic that so much ambition is apparent from the initial plans. However, progress for football should not lead to total standstill on the road. Sint-Pieters-Leeuw and other surrounding municipalities should not be the victims of a traffic jam. That is why it is now an urgent time for dialogue and solutions.”