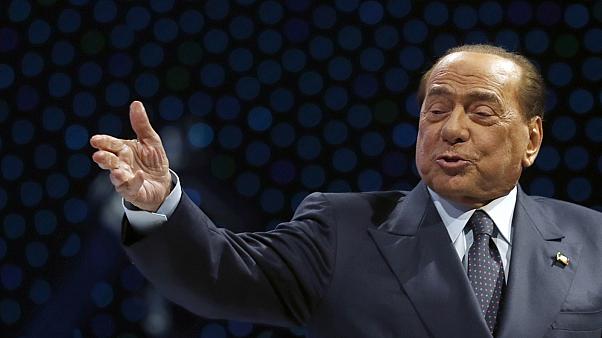 Italy’s former prime minister Silvio Berlusconi is being treated in hospital for Covid-19.

Berlusconi, who is 84 this month, was taken to the San Raffaele hospital in Milan on Thursday night as a precautionary measure. He has not been admitted to intensive care.

“He has a bit of a cough and obviously because of his age it was better that the symptoms are taken care of in hospital,” said Deborah Bergamini, a deputy with Berlusconi’s Forza Italia party.

Berlusconi was confirmed to have tested positive for coronavirus on Wednesday night. At the time, his doctor, Alberto Zangrillo, the director of anesthesia and intensive care at San Raffaele hospital, said Berlusconi was asymptomatic. He had been isolating at his home in Arcore, a village close to Milan, before being hospitalised.

Corriere della Sera reported on Friday that a CT scan revealed signs of a bilateral pneumonia, so Berlusconi was kept in hospital. The newspaper said on Thursday Berlusconi told friends and colleagues he had a fever, which had passed, and felt a little tired.

In 2016, Berlusconi underwent heart surgery at the same hospital to replace a faulty aortic valve.

Berlusconi’s girlfriend, Marta Fascina, a politician with Forza Italia, has also tested positive for coronavirus, as have his son Luigi and daughter Barbara.

Berlusconi, who led three Italian governments between early 1994 and 2011, was tested for Covid-19 in light of his recent stay in Sardinia, where there have been several coronavirus clusters in recent weeks. However, Corriere della Sera reported on Thursday that he may have been exposed to the virus by Barbara, who may have become infected in Capri before going to her father’s villa on the Costa Smeralda in Sardinia.

Berlusconi was also recently pictured at his villa alongside Flavio Briatore, the former Formula One team boss and owner of the island’s Billionaire nightclub, where an outbreak occurred. As of late August, more than 60 coronavirus cases had been linked to the club, which hosted thousands of guests, including Italian and international VIPs, during the month.

Berlusconi, whose Forza Italia is vying in six regional elections later this month in coalition with the far-right League and Brothers of Italy, wrote on social media on Thursday: “This has hit me too. I am fine and I keep working. I will participate in every possible way in the election campaign. I thank all those who have supported me in these hours.”