Weighing the Environmental Significance of the EU-China Partnership 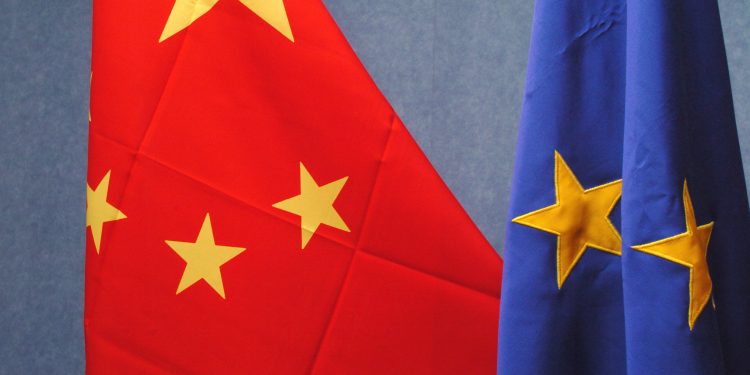 Arvea Marieni 2020 was meant to be a pivotal year for EU-China relations.

An EU-China breakthrough in climate negotiations is still possible by the end of the year. For better or worse, we are now both strategic eco-political partners and systemic rivals, as the recent European Business in China – Position Paper (2020/2021) underscores.

Weighing partnerships is not an exercise for the faint at heart.

These are dangerous times, as the global balance of power is shifting and new threats are emerging, not least the impact of a profound environmental crisis.

The need for multilateral cooperation

The scientific consensus summarised by the International Panel on Climate Change (IPCCR) Report is that climate change has the potential to tip the balance of our hitherto relatively stable climate in which human civilisation has evolved and thrived thanks to the reassurance of security of water, food and energy systems.

In spite of the Trump Administration’s scepticism and/or outright climate-change denial, US Government agencies still document and “certify” the effects of rising temperatures and climate change. The US National Oceanic and Atmospheric Administration climate data speak volumes about the climate emergency.

In February 2020, a new, extensive study published by the National Security, Military, and Intelligence Panel (NSMIP) of the Center for Climate and Security, warned of high-to-catastrophic security threats from climate change.

A 2015 Defense Department Report on the Security Implications of Climate Change had already recognised that “global climate change will have wide-ranging implications for U.S. national security interests over the foreseeable future”.

CO2 and other major GHGs emissions – like carbon dioxide, methane and nitrous oxide – have exceeded safe thresholds; global average temperatures are at their highest going back to the early 20th century; extreme climate events and climate variability have intensified across every continent. Right now, fires are ravaging the state of California.

In the midst of apocalyptic events, the December 2019 UN Climate Change Conference in Madrid failed to create a consensus over the need for a de-carbonised global economy.

We are in a conundrum: global challenges require global solutions; great power rivalries have been reignited. The widening rift between the US and China takes us away from the kind of multilateral governance required. If this this dynamic consolidates, the law of the jungle could return as the prevailing code of conduct in the conduct of international relations.

The retreat of multilateralism

The Coronavirus health crisis illustrates how interdependent we have become. Faced with global threats, we need global solutions.  Sino-American competition is about the power of one over another. Yet, if we are to address the global challenge we now face, we need the kind of power that can only come once these two powers rally together.

However, in the realms of trade conflict, the dynamic to date is zero-sum.

Technological dimensions have always played a role in power politics. Most recently, the spreading ubiquity of internet and algorithms has changed the nature of the technological confrontation among states. Today’s battles are fought to define who dominates in the techno-sphere. And China is a formidable technology competitor.

Squeezed between two dueling powers, Europe needs to define its interests and allow the consolidation of pan-European techno-political giants.

The choice does not lie between the American and Chinese economic/technological zones of influence. Europe has its own differences with China.

Europeans have become aware of how China can and does exploit the rules-based, asymmetric openness of the single market. Therefore, Europe has adopted a number of measures designed to defend the single market and its political system by: a) screening and trade enforcement; b) setting up procurement reciprocity mechanisms; c) setting limitations on investment in strategic sectors (robotics, data, infrastructure); and, d) establishing defensive measures against hostile take overs.

On Thursday (10 September), the EU Chamber of Commerce in China released its annual position paper, detailing measures that address imbalances between the two partners (European Business in China – Position Paper 2020/2021).

Cited sore points include limited market access and a complex regulatory environment that penalise European businesses in China. It is clear that Chinese state-owned enterprises (SOEs) have a privileged position due to their size in the Single European Market and because of the political favour they enjoy at home.

Furthermore, Chinese companies use size and state financial backing to gain advantage in third markets. Concerns arise about the Chinese state-financed Belt and Road Initiative (BRI) unfolding in Eurasia and Africa. The BRI expands Beijing’s outreach for its companies in infrastructure, minerals and technology, offsetting the slowdown in domestic growth, and fueling innovation investment for dynamic companies. A case in point is how growth in the African market has been a major boost for the ICT behemoth Huawei.

Europeans traditionally rely on multilateral institutions like the World Trade Organisation (WTO) to assert their interests.

The year 2020 was meant to be a pivotal year for EU China relations with, for example, the signature of a Comprehensive Agreement on Investment (CAI) on the agenda but now deemed less likely to be wrapped up by the end of the year. At the same time, an EU-China breakthrough in climate negotiations is expected in the run up to COP26 in Glasgow and the COP15 on biodiversity, originally scheduled to be held in Kunming.

In spite of the health crisis which has disrupted pre-existing plans, the dialogue hasn’t been halted and high-level summits are being held online.

In fact, Coronavirus has amplified calls for cooperation in order to ensure that the world – and the two parties – can commit to a green recovery.

In celebration of the 45-year bilateral relationship between the EU and China, EU Ambassador and those of the 27 EU member states published a joint editorial in the China Daily in which they called for ambitious commitments on climate change by the end of the year. Other possible sectors for cooperation include the joint promotion of green and sustainable solutions, investment in clean energy technology, and enabling infrastructure for energy transition.

Faced with the mammoth challenge of the climate crisis, Europe and China have no option but to take the lead in global ecopolitics until the United States reasserts its international role.

In my next column, I will build on this agenda, in a discussion with the Vice Chairman of the European Chamber Environmental Working Group, Johnny Browaeys. Together, we will discuss concrete models of EU-China industrial cooperation in the environmental sector.

For an Italian version of this article, you can visit our Italian partners’ website 2Rige