‘Shot right in the chest’: partner denies Belarus protester died from own bomb 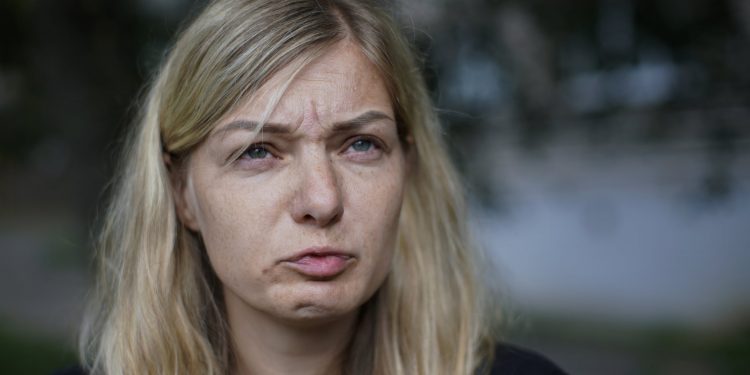 The partner of a man who died in the protests engulfing Belarus says she does not believe the official account that Alexander Taraikovsky was killed when an explosive device that he intended to throw at police blew up in his hand.

Elena German told the Associated Press on Saturday that she was sure her 34-year-old partner was shot by police.

German spoke a few hours before Taraikovsky’s funeral and burial, an event that could reinforce the anger of demonstrators who have protested what they consider a sham presidential election and the violent police crackdown on opposition.

Taraikovsky died on Monday as protests roiled the streets of Minsk, the capital, denouncing official figures that showed the authoritarian president, Alexander Lukashenko, in power since 1994, had won a sixth term in office.

German was able to visit the morgue and see his body on Friday, four days after he died. She said she did not believe he had been holding an explosive.

“There is a seam in the chest area – the hole was sewn up, but there is a black bruise; it’s small but we noticed. His hands and feet are completely intact, there are not even bruises,” she said.

“Obviously, it was a shot right in the chest.”

Video taken by an Associated Press journalist on Monday shows Taraikovsky with a bloodied shirt before collapsing on the ground. Several police are seen nearby and some walk over to where Taraikovsky is lying on the street and stand around him.

The video does not show why he fell to the ground or how his shirt became bloodied, but it also does not show that he had an explosive device that blew up in his hand, as the government has said.

The Belarus interior ministry has declined to comment on the situation, beyond its initial claim that a protester died because of a hand-held explosive.

German said she intends to seek a full investigation. She has called on a Belarusian human rights organisation for help, and wants international experts to take part in a probe.

“I am feeling outraged. I’m angry. That is why I want to achieve justice,” she said. “In fact, I am very scared. I was left alone, without support. I feel empty.”

About 500 people came to pay last respects to Taraikovsky, who lay in an open casket. As the coffin was carried out, many dropped to one knee, weeping and exclaiming “Long live Belarus!”

German said Taraikovsky had worked hard at his automobile repair business and that neither of them had been interested in politics until the 9 August presidential election.

The family’s views began to change after she and her husband attended a 60,000-strong campaign rally for the main opposition candidate, Sviatlana Tsikhanouskaya, a former teacher and the wife of a jailed blogger. Then they decided to support the post-election protests.

“He was very indignant at the illegal detentions and was proud of the people. He said, ‘Finally, finally!’ We discussed all the news every evening,” she said.

“No matter how hard they try to put up some kind of barriers, turn off the internet, disperse these rallies, we are not fools – everyone understands everything,” German said.

Later Saturday, thousands rallied at the site where Taraikovsky died in Minsk, demanding that Lukashenko resign, with some protesters showing bruises they said were due to police beatings. The authoritarian leader himself said Russian President Vladimir Putin had agreed to help provide security to counter the protests in Belarus if he asked for such help.