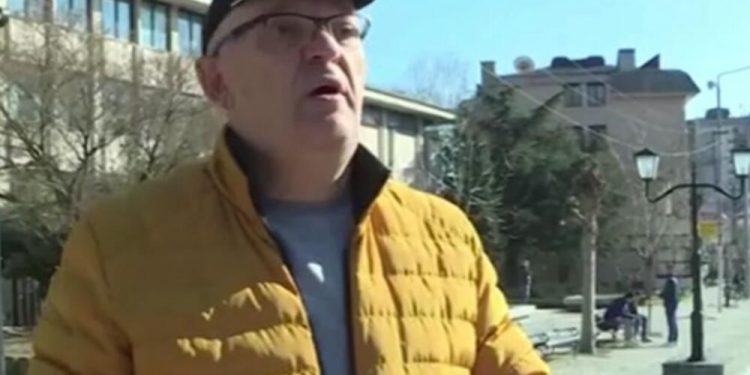 musician from the Serbian town of Vranje, Sladjan Antić

Brussels (Brussels Morning) A musician from the Serbian town of Vranje, Sladjan Antić, has inadvertently become the first person in the world to receive two different types of vaccine against coronavirus, according to Serbian media reports.

He says that he still feels “strange, but he is in good, health”. Speaking with reporters, he said, “I had chest pains, fainting… my blood sugar jumped to 23, to 25… I don’t feel like before, but now I’m fine…”.

Antić described how he got a first dose of the Fajzer vaccine on 28 January at the Health Centre in Vranje. He was given a card stating the vaccine type he had received and the date he was to return for the next dose. When he showed up for his appointment on 18 February, the medical authorities mistakenly administered a dose of the Chinese Sinopharm vaccine.

“While I was waiting to get the vaccine I was talking to the doctor, when a nurse came and gave me the vaccine. The doctor told me ‘this one is Chinese super’. I was surprised and asked ‘how can it be Chinese when I first received Fajzer’s?’ and that was a problem”.

Antić described for Brussels Morning how he ended up in the hospital’s emergency unit two days later. “I have no idea what I’m on, whether I’ve been vaccinated twice, whether I’ve been re-vaccinated, whether there will be any side effects. I had problems and for several hours was on a medical drip until they sent me to the laboratory to test me”, a relieved Antić explains.

The Vranje hospital health centre has since told Serbia’s RTE national media service that an expert commission has been convened and is looking into how this error arose and what lessons can be learned from this unique case.