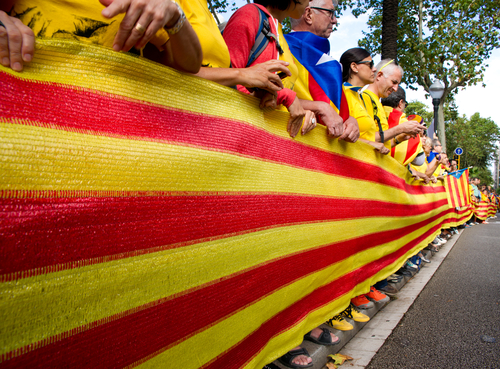 Brussels (Brussels Morning) Catalan separatist parties strengthened their majority in the province’s regional parliamentary elections on Sunday, as a group winning some 50.9% of the vote – passing the 50% threshold for the first time, Reuters reported on Monday.

Leftist separatist party Esquerra Republicana de Catalunya (ERC) announced that it plans to lead the regional government and seek support from other parties to hold a referendum on independence from Spain.

“The country starts a new era with separatists passing 50% of the vote for the first time,” ERC’s acting regional chief, Pere Aragones, declared. “We have an immense strength to achieve a referendum and the Catalan republic,” Aragones said as he urged Spanish Prime Minister Pedro Sanchez to begin talks on holding a referendum.

However, the single largest party was the local branch of Spain’s ruling Socialists, which won 23% of the vote and the same representation as the ERC in the regional assembly- 33 seats – giving it an equally likely shot at forming the regional government.

Socialist candidate Salvador Illa, who served as Spain’s health minister and spearheaded the coronavirus pandemic response until the elections, also said he would seek a majority in the parliament, and argued that the results showed there was a broad call in Catalonia for reconciliation after years of separatism.

However, the Socialists will probably face a greater challenge in gathering the needed majority, making a coalition government between the two largest separatist parties the most likely outcome. Either way, Reuters notes it is extremely unlikely any scenario would lead to a repeat of the chaotic and short-lived declaration of independence that took place in 2017. The passions in Catalonia have subsided, and the voters are more concerned about the coronavirus than independence.