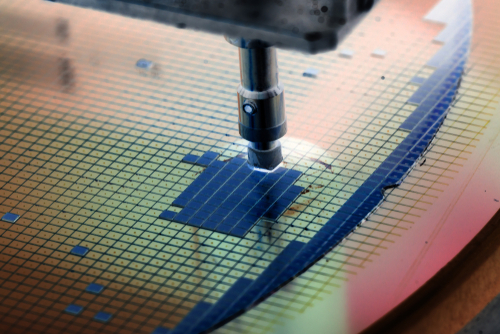 As German industry wound up and fueled much of European recovery, following the 2020 economic slump, experts and analysts warn that the global chip shortage could have a serious dampening effect as existing supplies dwindle.

The Ifo economics institute warned last week that the supply bottlenecks have become even more widespread, with the most likely impacts predicted in the manufacturing sector, responsible for driving growth and producing about a quarter of Germany’s economic output.

German vehicle manufacturers Volkswagen and Daimler were already forced to pause manufacturing at some of their plants, as factories lacked tiny microcontrollers – cheap chips usually available at a couple euro each – which are ubiquitous in modern cars, controlling everything from fuel injection to airbags and infotainment systems.

The shortage was caused by a storm of diverse problems affecting the industry – including an actual storm – leaving manufacturers of all kinds of electric products from vacuum cleaners to computers scrambling to procure sufficient chips for their production needs.

The car industry was the first to experience the shortfall as most manufacturers reduced their orders in 2020, expecting less demand for their products and producing less due to factory closures. Many semiconductor manufacturers switched to producing chips for other electronics manufacturers, with the pandemic year boosting the demand for a range of home office equipment, from laptops and computers to headphones and cameras.

An additional dip in production occurred as Texas – home to three semiconductor plants, called fabs – experienced electricity shortages due to a lasting snowstorm earlier this year. The shortage closed all three plants, causing months of delays in production.

Fabs take years to build and production lines take months to establish, and with global semiconductor production fully utilised, it will be difficult to make up for the shortfall in the short term. Fearing similar problems surfacing in the future, the EU has focused on establishing sovereign manufacturing capacities in the future, with the goal of European industry being able to react more flexibly to disruptions in supply chains.
Backed by the European Commission, German Economy Minister Peter Altmaier and his French counterpart Bruno Le Maire are planning to pour billions of euros into state aid schemes to support the construction of local fabs and development of next-generation semiconductors. Last month, the EC launched its 10-year plan which aims to make Europe account for 20% of the global semiconductor market.