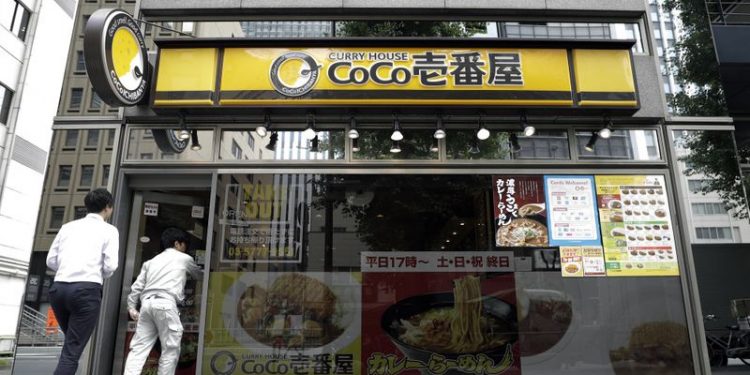 It sounds like the culinary equivalent of coals to Newcastle. But a popular Japanese restaurant chain is banking on diners in India to acquire a taste for its signature dish: curry.

CoCo Ichibanya, which has become a staple of the Japanese budget dining scene since it opened its first outlet in 1978, this week launched its first restaurant in India, near Delhi.

The dishes will cater to local cultural and religious beliefs, with pork and beef curries that are popular in Japan replaced by those made with chicken, seafood and vegetables, the company said.

Ichibanya operates 1,447 outlets in Japan and 12 overseas, including China, Thailand and Indonesia, and hopes to open as many as 30 restaurants in India by 2030, according to the Nikkei business newspaper. It opened a branch in London in late 2018.

Indian diners expecting authentic flavours and spicing will be disappointed. The chain’s curry bases are soupier, sweeter affairs than the average biryani or dhal, with diners invited to select toppings and spice level, from an innocuous mild to eye-watering level 10.

The early indications are that Ichibanya’s decision to court the potentially huge Indian market could pay off. The Kyodo news agency quoted one local man as saying that he and his compatriots welcomed the chance to try other countries’ takes on their national dish.

“Indian people who have visited our outlets in Japan said our curry tastes good,” Hirosuke Nakamura, the chief operating officer of the joint venture, said before the opening, according to the Jiji news agency. While acknowledging that Japanese style is different from its Indian counterpart, he added: “We think our curry will be accepted.”

The move had also gone down well with Japanese expatriates queuing outside the restaurant when it opened on Monday in a shopping mall in Gurugram, south-west of the Indian capital.

“This is the first time I’ve eaten CoCo curry for three years,” Shinji Ieki, who works for a Japanese company in the Indian capital, told Kyodo news agency. “Coming here is going to be something to look forward to.”

While katsu curry is familiar to diners in the UK and US, Japan’s obsession with curry is perhaps less well known than its appetite for sushi, sashimi and ramen.

The Japanese have been eating curry for well over a century, and it regularly appears high in surveys of the country’s favourite foods, particularly among ravenous schoolchildren.

The British navy is thought to have introduced curry to Japan in the late 19th century. Cheap and filling, karē raisu (curry and rice) soon became a staple among Japanese sailors and soldiers.

One theory has it that the flour in its spicy roux acted as an antidote to beriberi, a vitamin B-1 deficiency blamed on the overconsumption of polished white rice that had ravaged Japanese troops during the Russo-Japanese war at the start of the 20th century.

The first Japanese recipe for curry is preserved in the navy cooking reference book, published in 1908. Sailors from the imperial Japanese navy – renamed the maritime self-defence forces after the second world war – still eat curry every Friday, and restaurants in the naval port of Yokosuka serve a version made according to the original recipe.

Inevitably, the dish has since become a focal point for regional culinary supremacy: people in eastern Japan generally like their curry made with pork; in the west, with beef.

Japanese curry aficionados include the professional baseball legend Ichiro Suzuki, who reportedly ate it before every home game when he played for the Seattle Mariners, and the former emperor Akihito.