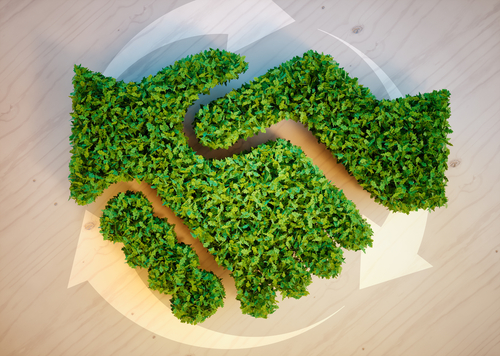 US President Joe Biden’s administration explores the economic benefits of a post-fossil fuel economy but cross-border climate cooperation amid geo-political competition will be challenging.

Hamburg (Brussels Morning) “We need to get beyond some of the happy talk about NDCs — the Paris National Determined Contributions — that clearly is not going to be able to get the job done” ahead of COP26 in Glasgow, said the US Special Envoy for Climate Change John Kerry in Berlin.

The former Secretary of State was addressing Berlin’s Energy Transition Dialogue, a high-level forum organised on 16 March by the German Ministry of Foreign Affairs. It shows climate negotiations are moving away from Conference of Parties (COP) diplomatic rituals to other fora.

One of those forums is taking place in Washington, D.C., this week, where US President Joe Biden’s Administration hosts the Leaders Climate Summit.

It is the biggest market in history, says Kerry. The electricity consumption market alone is between 4.5 and 5 billion users, with over a billion potential customers without access to electricity. That is a multi-trillion dollar market, which will grow both financially and in terms of return on investment with the green transition. Replacing fossil fuels will require tens of trillions of dollars annually on the generation side alone, with renewables and nuclear. We need to add the enabling infrastructure of the new energy system; first and foremost, electricity grids and pipelines to transport hydrogen. The zero-emission future, therefore, also offers a huge opportunity for job creation.

With today’s technologies we can achieve greater energy efficiency and renewable energy production, primarily wind and solar. According to the International Renewable Energy Agency, we can reduce global emissions by 90%. To this end, renewables must go from 16% of our primary energy supply mix today to 75% in 2050, a rate of growth seven times higher than between 2010 and 2015.

An uphill challenge for global governance

The good news is that there are now affordable and scalable solutions to reach this objective. The bad news is that we are proceeding at a snail’s pace. Renewable energy production and infrastructural development, particularly in end-use sectors – transport, industry, housing – are too slow.

The low-hanging fruit is over. The challenge for governments now is long-term policy planning and regulation that favours investment in renewables, setting prices that reflects all implicit production costs, including the environmental and social cost of fossil fuels.

In sum, regulation must favour renewables and other clean technologies.

About one-third of climate-altering emissions come from sectors known in the jargon as not easy to abate. In these areas, new technologies facilitating change are not yet mature.

In the steel industry, for instance, Europe is leading the way in process innovation. Sweden’s SAAB and Italy’s Tenova (Technint Group), for example, are working on plants with innovative processes, such as Electric Arc Furnace (EAF), the use of scrap and, above all, direct iron reduction (DRI) with green hydrogen.

The key, however, is bolstering renewable electricity production capacity. In that respect, a German government representative warned the Bundestag in 2019 that technologies for removing CO2 from the atmosphere are neither technically mature nor reliable.

Driving fossil fuels out of market

During his speech, John Kerry recalled the tools for exiting the crisis. The coordination of fiscal policies at global level must ensure that global carbon prices surge and ensure phasing-out fossil fuel subsidies.

The consensus for a global carbon tax may not yet be there, says Kerry, but it is maturing. Even at the industry level, the American Petroleum Institute appears open to the discussion over a carbon tax.

But even in the absence of a global consensus, a mechanism such regional Emissions Trading Systems (ETS) and the EU-sponsored Carbon Border Adjustment Mechanism will initiate a different process in which markets price energy production. In that respect, the parallel work of the EU and China on ETS and green finance is a promising model.

The Biden Administration appears determined to join the new technological race that will shape the global post-fossil fuel system, with a view to asserting American leadership.

Tied to fossils also for the definition of its energy security policy, for the moment America is lagging far behind both China and the EU in renewable technologies. By July 2020 Europe and China covered 40% of their combined domestic electricity needs from renewable sources.

Unilateral and unconditional declarations of commitment to carbon and climate neutrality by some of the world’s major economies have changed the international climate context. President XI Jinping’s announcement in September 2020 means that China broke the ‘prisoner’s dilemma’ of climate negotiations and is moving towards decarbonisation.

Kerry is now committing the US to similar objectives, that is, an ambition that will be tested at the forthcoming COPs and the Italian-led G20. The Biden administration wants to put the US back at the centre of international climate diplomacy, starting this week. However, it is unclear whether the Biden administration has the political capital required to move bold reformist legislation through both congress and the senate.

In 2020, the world committed to the objective of keeping global warming under the 1.5 degrees threshold by the end of the century; the best scenario under the Paris Agreement. To this end, international cooperation and joint technological development will be necessary.

This cooperation may involve overcoming the logic of US-China strategic rivalry and competition between great powers. ‘Nobody has all the answers”, Kerry notes, calling for data sharing at the very least.

The question is how to balance a consensus over policy objectives and an emerging Sino-American geopolitical rivalry.

One possible model of cooperation is that exemplified by the US-China Working Group on Climate Change set up in 2013 under the leadership of John Kerry and the Chinese negotiator XIE Zheng Hua. The technical and diplomatic work led to the 2014 US-China Joint Climate Announcement, followed by the 2015 Joint Climate Presidential Statement by Obama and XI Jinping. Without those steps, the Paris Agreement would have been impossible.

Brussels is leading the way in the diplomatic landscape, in effect proposing a new sustainable model of social capitalism. Between 2015 and 2017 Beijing and Brussels were moving in parallel to articulate a ‘Circular Economy’ vision, a discussion in which Washington was absent. Biden’s Clean Energy Plan and his 1.9 trillion dollar stimulus package brings Washington back to the diplomatic table as, in many respects, Washington’s plan echoes Ursula von der Leyen’s lighthouse European Green Deal project.

Another possible path to cooperation is the G20 forum, as Washington and Beijing have accepted to co-chair a study group on climate related financial risks that indicates the willingness of the two powers to work together even amidst growing strategic-military tension and belligerent rhetoric. The host of the G20 forum, Italy, will therefore have an important role to play.

However, decoupling climate negotiations from an overall geopolitical rivalry is not an easy balance to strike. In that respect, the positive legacy of the Obama Administration and the personal chemistry between the Chinese Climate Envoy XIE Zhenhua and Kerry may be instrumental.