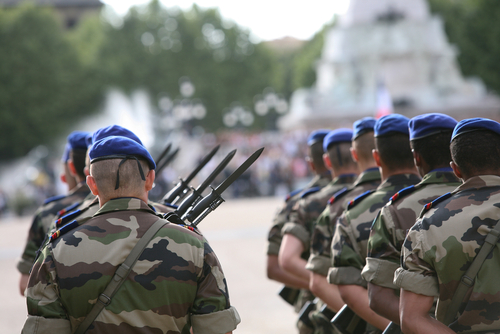 Brussels (Brussels Morning) A group of serving French servicemen published an open letter in a conservative publication, warning French President Emmanuel Macron that the “survival” of the country is at stake because of the concessions he has made to Islamism, RFI reports.

The authors describe themselves as “serving soldiers” from the younger generation of the military that has seen active service. They claim they have observed that, for some religious communities, “France means nothing but an object of sarcasm, contempt or even hatred”.

The signatories claim they had served in the security operation launched after a wave of Islamist terror attacks in France in 2015. They warn that the military will fight in France, if necessary. “If a civil war breaks out”, the letter says, “the military will maintain order on its own soil… civil war is brewing in France and you know it perfectly well”.

The first letter caused a furor among top government and army officials last month. Armed Forces Chief of Staff, General François Lecointre, warned that those that had signed faced a range of disciplinary actions including forced retirement.

Prime Minister Jean Castex called last month’s letter “an initiative against all of our republican principles, of honour and the duty of the army”, since the French military is customarily expected to steer clear of politics. To make matters worse, the previous letter was also sent on the anniversary of a failed military coup against then-President Charles De Gaulle.