Scottish MP under pressure to quit after flouting COVID rules 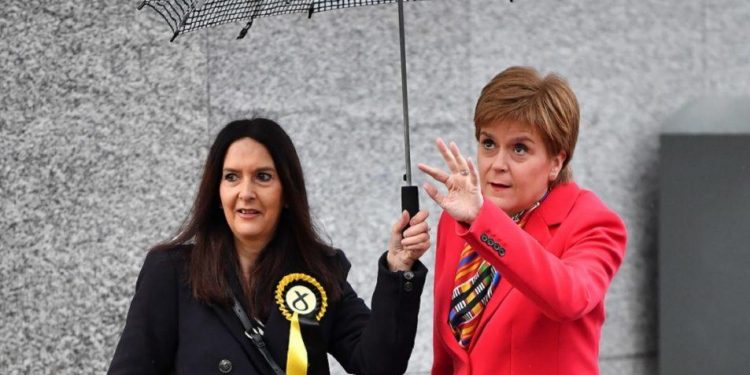 London, 2 Oct – A Scottish MP is coming under increasing pressure to resign after it emerged she travelled to Westminster for a parliamentary debate while knowingly having COVID-19 symptoms and then failing to isolate.

Margaret Ferrier MP, a member of the SNP, has also received calls to step down from her own party, including Nicola Sturgeon, its leader and Scotland’s First Minister.

Meanwhile, Lindsey Hoyle, Speaker of the House of Commons, said he was “very, very angry” at Ferrier’s actions, calling them reckless.

Ferrier reportedly knew she had contracted the virus but decided to make the journey to London because she was feeling much better. On testing positive, she returned home.

Ferrier, who has been suspended by the SNP, said she “deeply regretted” her actions. It is still not clear if she will resign.

Sturgeon called it the “worst breach imaginable” and said she should stand down not to undermine the public health message.

Hoyle told the BBC, “I would expect the member to consider what they have done, and the reckless behaviour, and how that looks to the rest of the country.

“This sends all the wrong messages. People have really got to consider their position on that”.

Ferrier said she showed mild symptoms but when she was feeling much better, she took a train to Westminster before getting her test results. Her test results came back positive while she was in London after she spoke in the Commons chamber for four minutes during the coronavirus debate. She returned home that evening by train.

Scotland police are reportedly looking into the circumstances around Ferrier’s breach, which could earn her a £4,000 fine even though it is a first-time offence, as per a new law that came into effect this week. According to the Coronavirus Act 2020, she should have put herself in self-isolation upon testing positive.

Should Ferrier refuse to quit, her constituents could petition for her seat to become vacant after a suspension of two weeks.