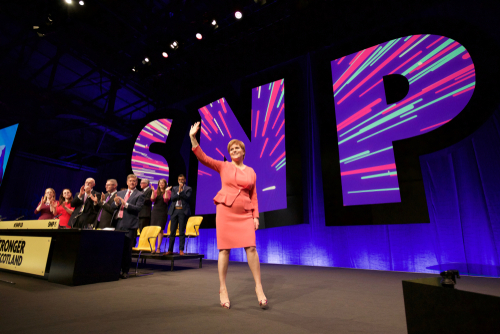 Brussels (Brussels Morning) A majority of members of the Scottish Parliament voted to reject the no-confidence motion against First Minister Nicola Sturgeon, while Labour and Liberal Democrat members abstained from the vote, BBC reported.

The vote, tabled by the Conservative MSPs, was held following a parliamentary committee inquiry that concluded Sturgeon had “misled” the Parliament, and that her handling of sexual abuse complaints against her predecessor Alex Salmond had “serious flaws”.

Speaking ahead of the vote, Sturgeon predicted it would fail. “If you think you can bully me out of office, you are mistaken and you misjudge me”, she told the Tory MSPs. “If you want to remove me as First Minister, do it in an election”.

Sturgeon did concede that she “may not have got everything right” in her handling of the matter, but insisted she “acted appropriately and made the right judgements overall”. She and her Scottish National Party (SNP) dismissed the parliamentary committee findings as “partisan”.

On Monday, an independent inquiry conducted by a senior lawyer concluded that Sturgeon did not, in fact, break the ministerial code in any of her dealings with Salmond.

The Scottish Greens sided with the SNP in the final vote, with 65 MSPs voting to reject the motion, 31 voting for, and 33 abstaining.

Despite surviving the vote, Sturgeon’s political position and her push for Scottish independence have been dented by the recent scandal. This comes as a setback after months of growing popularity on the wings of what was seen as a competent response to the coronavirus pandemic.

Sturgeon was heading into May parliamentary elections with a promise to hold a new independence referendum for Scotland, should her party win an absolute majority, an outcome that seemed increasingly likely in recent months. Then a string of negative news headlines about the Salmond affair eroded some of the SNP’s support, making the ultimate election outcome less certain.