Between trade, politics, law and peace – the Internal Market Bill 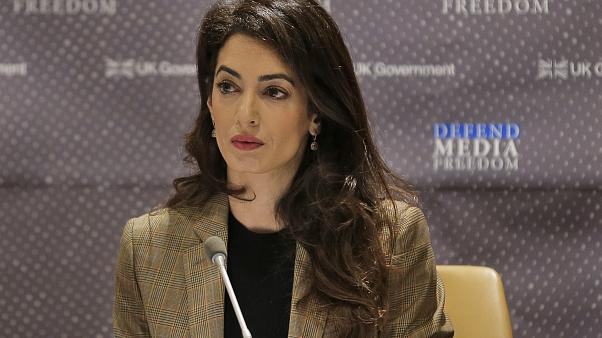 Since its publication on Wednesday, 9 September, the draft legislation, which is to come into effect as soon as a transition period for Britain’s access to the customs union and single market ends, has caused a furor all over the globe.

The contentious bill has been drafted to ensure no there are no internal barriers to trade within the UK after Brexit. The main problem has been regarding certain provisions allowing the government to unilaterally override parts of the Withdrawal Agreement, an international treaty between the UK and EU.

In itself, the agreement over the final divorce deal between the UK and EU was sticky enough to finalise – the main sticking point being the Northern Ireland protocol.

As a sovereign nation, the Republic of Ireland remains in the UK, but Northern Ireland is part of the UK and will follow England, Scotland, and Wales to part with the bloc on 1 January 2021. Anyone in Europe is likely to recall the violent history between nationalists and unionists in Ireland and Northern Ireland, and after decades of conflict, a significant milestone in the form of the Belfast Agreement aka the Good Friday Agreement.

A key part of that agreement was doing away with checks at the border between Northern Ireland and the Republic to encourage social and economic integration and avoid police presence that could be targeted for terrorist attacks.

When the IMB gives ministers powers to “disapply” parts of the Withdrawal Agreement and allows checks on some goods traveling across the border, it sends alarm bells ringing – could a de facto border resume? Does this put in jeopardy the Good Friday Agreement?

The prospect was picked up immediately from as far as across the Atlantic, with presidential hopeful Joe Biden tweeting, “We can’t allow the Good Friday Agreement that brought peace to Northern Ireland to become a casualty of Brexit. Any trade deal between the US and UK must be contingent upon respect for the Agreement and preventing the return of a hard border.

Period.” Biden’s interest may lie in the fact he is Irish American, but also the role the Democrats played in peace negotiations at the time, as noted by Luke McGee in CNN’s online edition. This could be bad news for Prime Minister Boris Johnson should Biden see success in November’s US election. As McGee writes, the US has less interest in a trade deal than the UK, and as far as Biden is concerned, the unpopular decision to leave the EU put the UK at the back of the line for trade negotiations.

However, ask Stephen Daisley in The Spectator, and he’ll tell you the bill isn’t radical enough. Devolved nations have raised their own concerns over the bill for its potential to bypass Holyrood and other devolved administrations in decisions over standards. “I considered it sensible enough but wholly insufficient given the constitutional threat facing the United Kingdom,” he writes. To the Scottish Nationalist Party’s objections, he retorts they are “hyperbole”. In fact to keep the union together and defeat devolutionists from realising their nationalist ambitions – Scottish independence – much more reform is needed, he argues.

That is apart from the law-breaking part of course, which even Brandon Lewis MP, the Secretary of State for Northern Ireland, admitted the bill does.

As some concession, the powers that would have been conferred automatically to MPs is now subject to a vote, as part of a deal brokered with Tory rebels.

It still doesn’t solve the part where they break international law, a position Clooney found so “lamentable” she tendered her resignation as the UK’s special envoy on media freedom.

Despite legal officials not being able to reconcile the bill with the law, the Commons’ majority means it passed without much struggle.

However, progress is yet to be determined. As John Rental notes in The Independent, “The crunch point for this bill will come in the House of Lords, where the Conservatives have no majority and where even Brexiteer Tory peers such as Lord Howard and Lord Lamont think that repudiating treaties is a terrible idea”.

And of course, the EU is not thrilled about it either. Commission President Ursula von der Leyen has voiced her concern, and there have been murmurings of possible legal action against the UK. Part of Europe’s anger is down to the suspicion that Britain is trying to leverage a better trade deal. However, none of that has stopped negotiations continuing between the two parties, and the bill’s contents and trade deal is bound to occupy column inches over the coming weeks as the end of the transition period looms near.