Scotland on track for independence as nationalists poll at record level 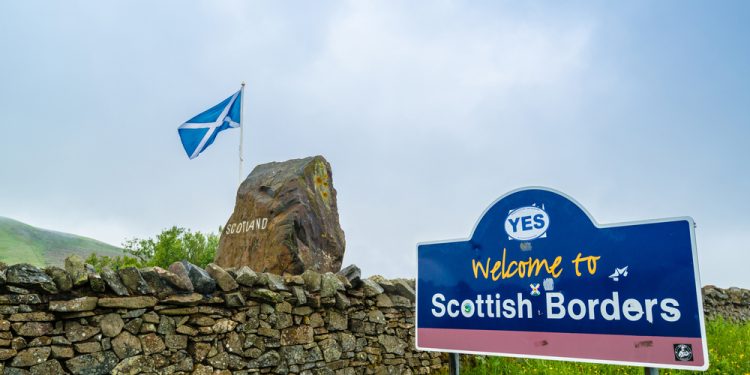 Brussels (Brussels Morning)  The latest poll shows the Scottish National Party (SNP) is on track to win a record majority in the country’s devolved parliament, while at the same time a growing majority of Scottish citizens are supporting the idea of seceding from the United Kingdom, Reuters reported on Thursday.

The Savanta ComRes poll, commissioned by The Scotsman daily, predicts SNP could win 71 out of 129 seats in the Scottish parliament, giving it a full majority for the first time since 2011, when it held 69 seats.

Scotland’s First Minister and BNP leader Nicola Sturgeon, a staunch advocate for Scottish independence, has previously announced that her party will claim a mandate for another independence referendum if the voters signal their support in the parliamentary elections.

SNP seems to be gaining voters from the two largest UK parties – Tories and Labour – as the poll also indicates the Conservative Party stands to lose 14 seats in Scotland, and Labour could lose three.

British Prime Minister Boris Johnson recently dismissed the need for another referendum, pointing out that Scottish voters already decided against independence in 2014, when the vote was split 55-45% in favour of remaining in the UK.

However, the Brexit referendum significantly changed the outlook of Scottish voters, most of whom voted to remain in the EU. The government’s subsequent handling of Brexit, followed by its apparent failure in tackling the coronavirus epidemic, pushed the Scots further away from London. At the same time, Sturgeon improved her image among voters with her handling of the coronavirus crisis in Scotland.

The latest poll thus puts current support for Scottish independence at 57%, close to a record high, making the prospect of a Scottish secession from the UK increasingly likely.