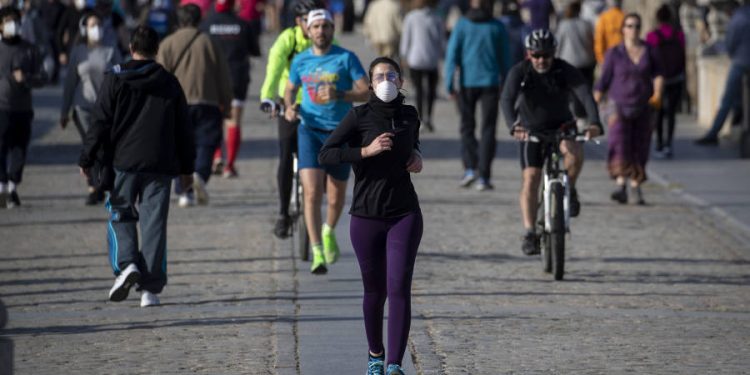 Amid a new daily increase of almost 800 cases, Scotland’s First Minister is reportedly to announce new “circuit-breaker” lockdown measures to help stem the spread of coronavirus.

As of Monday there were 764 new confirmed cases in Scotland and four more deaths.

As part of the new measures, discussed at a cabinet meeting Tuesday, the First Minister is expected to tell people on Wednesday that the new measures are not a full lockdown in that people won’t be required to stay at home, nor will they face national travel restrictions, but there may be some local travel bans and pub and restaurant closures in high-risk area.

The Medical profession in Scotland has also warned the NHS looks to face the most challenging winter in its existence brought on by pressures from the virus.

Dr. Anfrew Buist, the chairman of BMA Scotland’s GP committee, said the system could overheat, and expectations of the NHS should be managed until a vaccine for Covid-19 was found.

“I’m quite worried about the current situation and what may come next. We are facing a very difficult four of five months, until we have a Covid vaccine”, he said, speaking to The National. He added, “We need to have a conversation with the public about their expectations”.

“It’s not about who’s right or wrong”, he told RTÉ’s Morning Ireland, “it’s about trying to make the best decision we have with the evidence we have”.

Donnelly also said the decision wasn’t made lightly but that the government wanted to see if the very serious consequences of moving to Level 4 or 5 restrictions could be avoided.

As the National Public Health Emergency Team (NPHT) advice was to stay at Level 2 last week, the health minister affirmed moving to Level 3 yesterday was “in and of itself a very serious thing”.

As of Monday, there were 517 new cases in Ireland.