School community sounds the alarm because of teacher shortage 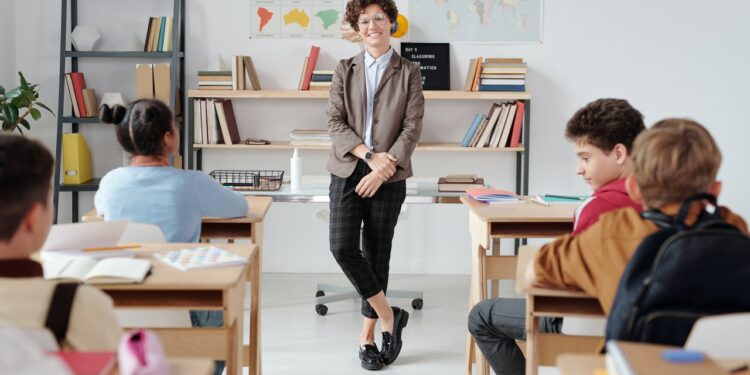 BRUSSELS (Brussels Morning) – In Molenbeek-Saint-Jean, the school community has sounded the alarm because of a serious shortage of teachers. Through the online initiative ‘Help! My teacher is lost’, several schools testify about the ever pressing problem.

The teachers’ shortage in Brussels schools is an old problem, and the problem is growing. With a new Facebook page, the school community in Molenbeek wants to sound a new alarm cry. ‘Help! Ben my teacher kweyt!’ it sounds, with ‘Ben’ and ‘kweyt’ referring to the Flemish Minister of Education Ben Weyts (N-VA). Meanwhile, several schools have joined the campaign.

“There are schools that have vacancies for months that cannot be filled,” says Martine Van Lier, director of the Molenbeek school community. “Then there are the long-term sick teachers. They also need to be replaced. We have reached the point where people are lying awake thinking about next school year.”

Brussels is not the only place where there is a teacher shortage. However, the situation in Brussels seems worse than elsewhere, because a large part of the teachers in Brussels come from Flanders and are increasingly looking for a job closer to home.

“The teacher shortage is at the expense of the educational quality of the young people,” continues Van Lier. “They need a permanent teacher with whom they can build a relationship. We are here with many students who need extra support. But with such a teacher shortage, there is simply no staff for this. In the meantime, people are being hired who are actually not qualified to teach, and time and energy must be invested in that.”

There has been a teacher shortage in Molenbeek for some time. Primary school Imelda also has difficulty filling the vacancies. “We have five sick teachers today. And that is already a lot better than yesterday, because then there were seven”, says Sofie Van Kerkhove, director of KBS Imelda in Molenbeek.

“It has already come to the point where we are actually counting down to the Easter holidays. And of course we don’t want that. But this weighs. You want to keep the kids happy, but you also weigh what’s best for the staff. It is a lot of listening and weighing”.

Unfortunately, there is no simple solution to this problem. There are simply too few teachers. What can be worked on is the image of the teacher and the attractiveness of the training. “We have worked hard in recent years to put teachers in the spotlight,” says Eva Vanhengel, spokesperson for Brussels Minister of Education Sven Gatz (Open VLD).

“We are also holding the very first education festival this weekend. With this we want to thank teachers and at the same time draw attention to the subject. We hope that all these actions will bear fruit in the long term.”