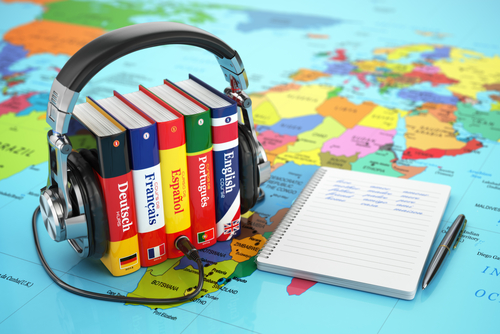 Brussels (BrusselsMorning) From now on, residents of Schaerbeek will be able to receive help in their town hall in languages ​​other than French and Dutch. English can now officially be used in oral services, while for the other languages, ​​citizens will be able to be assisted by a translator, for a fee. Schaerbeek’s alderman for Population Quentin van den Hove (Open VLD) announced this in a press release, according to a report by BRUZZ.

“Schaerbeek knows more and more people of other nationalities,” says van den Hove. “We also notice this in the town hall, of course. Allowing the use of English is self-evident. Citizens usually get a long way further with English and now a lot of citizens are already helped in English. By 2022, we will officialize that reality.”

The translators who will assist citizens in foreign languages ​​other than English will be made available by the municipality for a price of 20 euros. The initiative has already been approved by the College of Mayor and Aldermen, which wants to embrace multilingualism with the initiative.

‘Important that everyone understands each other’

For Quentin van den Hove, who worked in an international position before his political mandate in the private sector, it is important that everyone is helped in an efficient and customer-friendly way: “Administrative procedures are often long and complicated,” says van den Hove. “That is why it is important that everyone understands what is expected of them. Correct communication is the basis of correct service.”

The innovation is also welcomed by the Brussels Minister for the Promotion of Multilingualism, Sven Gatz (Open VLD), who previously launched the Betalky.Brussels project. “The possibility of being helped in other languages ​​is not only useful from a service point of view, but also shows an open and accommodating attitude towards non-native speakers. This will only improve the relationship between the Schaerbeek and the municipality,” said the minister for the promotion of Multilingualism.