Scandal over Hungarian MEP at clandestine party in Brussels 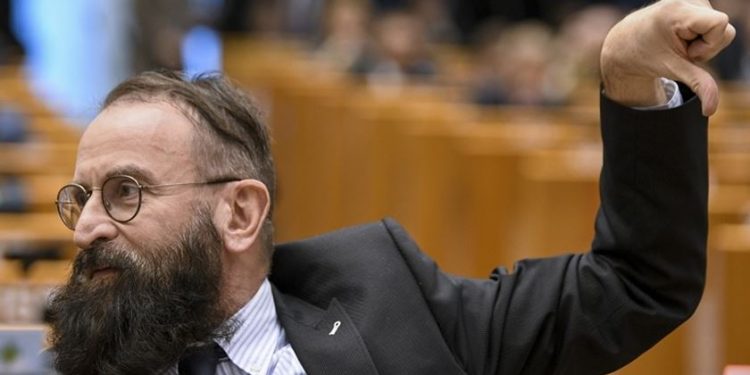 Brussels (Brussels Morning) Lockdown Brussels, for the most part dull and grey, has been shaken by a political scandal involving a party at a downtown gay bar last Friday.

Brussels police broke up a lockdown party in a buillding with a gay bar in the very centre of town close the to the Grande Place last Friday night. Some 25 guests were found partying in their underwear at the gathering fuelled by both drugs and alcohol.

Later, it emerged that among the guest were both diplomats and a Member of the European Parliament. The latter attempted to escape the identity check by police and then claimed parliamentary immunity. Police caught up with him after he was seen climbing out from the building half-naked and with his hands bloodied from the escape through the gutter.

An eyewitness identified him as Jozsef Szajer, MEP, and the bag he carried contained ecstasy pills. On Sunday, Szajer, a prominent member of Hungary’s ruling Fidesz party resigned from being a Member of the European Parliament.

The politician is a close confident of Prime Minister Victor Orban, a vigorous opponent on issues of EU fundamental rights when it comes to issues like gay policies. Orban is currently weilding a veto over adoption of next years’ EU budget in protest at the proposed rule of law conditionality that would determine distribution of EU funds.

Much of the debate over Poland and Hungary has centred on what conservative parties refer to as protection of traditional values. Just this week, the European Parliament again debated the situation of the LGBTQI communities in Hungary and Poland.

One concern is Hungary’s new family law, which would rule out same-sex parents from family recognition since it maintains that marriage is a union between man and woman.

Szajer’s resignation comes following the apparent paradox of having been publicly caught out at the party in gay circles and invoking his parliamentary immunity when faced with the 250 euro administrative fine imposed by the Brussels city council on any lockdown rule breakers.

Events are still strictly curtailed or ruled out, all restaurants and bars closed and social contacts very limited with a 10pm curfew vigorously enforced by police.

Szajer told the Hungarian online media outlet Nyugat that he still supports the Hungarian government’s position over the EU budget but that the the sustained strain of politics had been weighing on him. He still faces charges over drugs possession in Brussels, a charge he denies.

Still unclear is the identity of two other prominent party guests from Brussels international circles, who, according to Belgian newspaper De Standaard.  also invoked diplomatic immunity over their presence at the drug-fuelled sex party.