Sberbank withdraws from most European markets 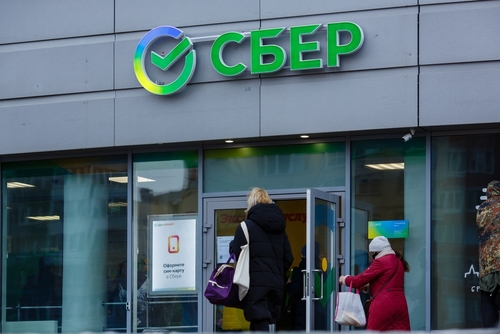 Belgium, (Brussels Morning Newspaper) Russian Sberbank announced on Wednesday it was withdrawing from most European markets.

The bank stressed that it decided to withdraw due to large outflows and threats to its property and staff, according to Reuters reporting on Wednesday.

The Russian state-controlled bank posted record-high annual profit in 2021, but stressed that it is no longer able to secure solvency of its subsidiaries in Europe.

Sberbank pointed out that its asset quality and capital levels are sufficient to pay its depositors.

“In the current situation, Sberbank has decided to leave the European market,” the bank noted in a statement and added “the group’s subsidiary banks have faced abnormal cash outflows and threats to the safety of its employees and branches.”

The move comes in the wake of Western sanctions imposed on Russia over the invasion of Ukraine that are aimed at isolating Russia’s financial system and economy.

The European Central Bank (ECB) previously warned that Sberbank’s European arm was facing failure due to the bank run by its clients in response to Russia’s aggression against Ukraine.

Sberbank’s assets in Europe were worth some 13 billion euro at the end of 2020 and the bank operated subsidiaries in a number of EU member states including Austria, Croatia, Germany, Hungary and Slovenia.

European bank shares continued to slide on Wednesday, with the STOXX Europe 600 Banks index dropping 2.2% in the morning, following decline of 5.6% on Tuesday and 4.5% on Monday. The index hit its lowest level since April last year.

Austrian Raiffeisen Bank International was down 5.6% on Wednesday morning, with two sources noting that the bank is planning to withdraw from Russia.

Dutch ING Bank was down 4.8% on Wednesday morning and French Société Générale slid 2.4%. All three banks have operations in Russia.

European banks with ties to Russia are trying to keep up with the situation – French BNP Paribas announced it was focused on maintaining its activities in Ukraine, where it has nearly 5,000 employees, while a board member of German Commerzbank noted that bank leadership was holding several meetings per day.