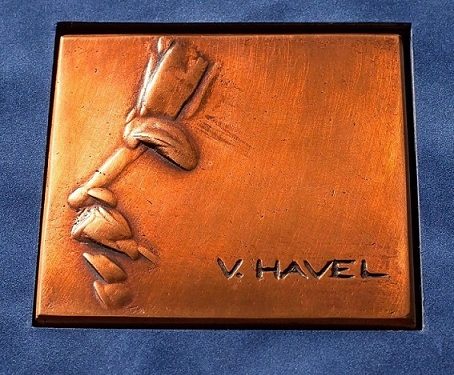 Al-Hathloul became internationally known for her defiance of the ban on women driving in Saudi Arabia, and for opposing the Saudi male guardianship system. In December last year, she was sentenced to five years and eight months in prison for allegedly violating the country’s counterterrorism law.

She was charged with violating national security and maintaining contacts with foreign governments for the alleged purpose of changing her country’s political system. When she received the verdict, she had already spent more than two years in custody, awaiting the trial. After a symbolic 1001 nights spent in jail, Saudi Arabia released Al-Hathloul from prison on probation in February this year.

Al-Hathloul was chosen among three finalists, including the leading female activist in the Democratic Republic of the Congo Julienne Lusenge and the Nepalese Nuns of the Drukpa Order, the so-called “Kung Fu Nuns”.

The Vaclav Havel Human Rights Award has been awarded annually since 2013 by the Council of Europe to honour individuals or institutions for their extraordinary defence of human rights. Named after the human rights activist and former President of Czechoslovakia and the Czech Republic, the prize comes with 60,000 euro in cash for the recipient.

A renowned playwright, Havel was one of his country’s most prominent dissidents, provoking the communist authorities with his underground theater. During his life, he suffered harassment from authorities and spent considerable time in prison. Following the fall of the communist regime in Czechoslovakia, Havel was elected president in 1992, serving as the last head of the joint state before its dissolution. Havel proceeded to serve as the first president of the Czech Republic between 1993 and 2003.