Sanctions possible as Europe’s anger with Russia over poisoning grows 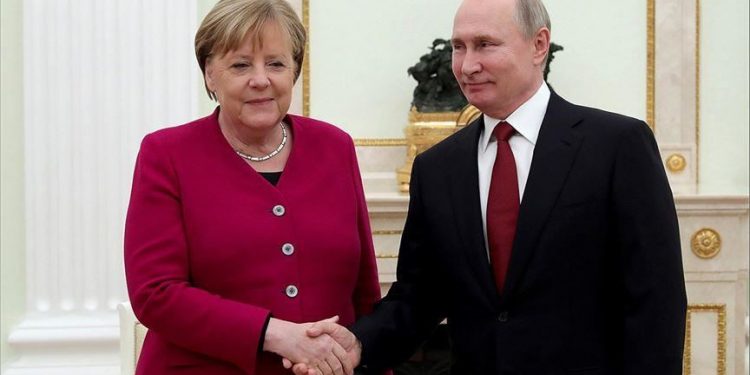 Germany’s Minister of State at the Federal Foreign Office Niels Annen has criticized the Russian Government’s reaction to the suspected poisoning of Russian opposition politician Alexei Navalny. He also made it clear that sanctions are on the table, DW reported on Wednesday.

Annen stated his grave disappointment with Russia’s reaction to date, noting that Moscow needed to throw some light on the incident rather than spreading misleading information and resorting to counter-accusations. Annen asserted that the poisoning was an obvious violation of international law and the incident had an international dimension.

He said Russia needs to understand that sanctions are a real possibility, even though he hoped they could be avoided. He pointed out that it is now up to Russia to make this happen, adding that he remained unconvinced that the Nord Stream 2 gas pipeline project would be halted.

Annen dismissed claims that stopping the gas pipeline project would solve the problem, saying it was simplistic to expect Germany to make a move that hurts Russia and goes against Germany’s long-term interests. It was important to resume communications with Russia, he said, if only to discuss international conflicts such as those in Libya and Syria.

The German Government has claimed it has proof that Navalny was poisoned with a Soviet-era Novichok nerve agent and has pointed out that specialist laboratories in France and Sweden have reached the same conclusion.

On Thursday, according to Reuters, Navalny’s team stated that it was likely he had been poisoned in his hotel room in the Xander Hotel in Tomsk, and not at Tomsk airport, as had previously been suspected,

Several European countries, notably the UK, Germany and France, have demanded an explanation from Russia, while calls mount for imposing sanctions against Moscow.

Russia has made initial checks, but stressed that it needs more medical evidence before it can start a formal criminal investigation.