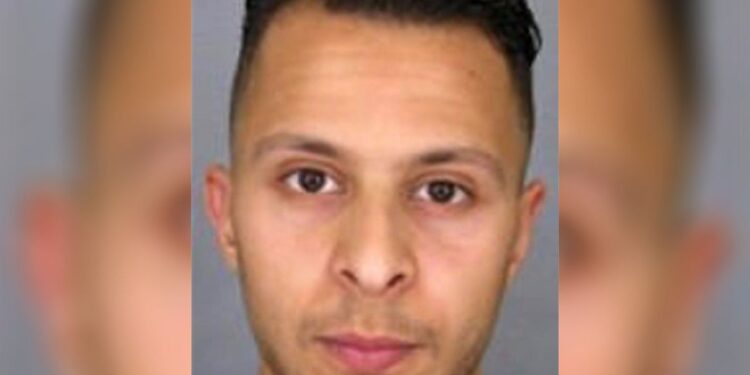 Brussels, (Brussels Morning) – Salah Abdeslam, the main accused at the assize trial over the November 2015 attacks in Paris, says he entered a cafe with an explosive belt on the night of the attacks. But there he “changed his mind”, he said on Wednesday before the special assize court in Paris.

It was the first time Salah Abdeslam said at trial that he was supposed to blow himself up on the evening of November 13 in a cafe in the 18th arrondissement in northern Paris, but changed his mind when he approached people. looked around him. “The assignment I was given was that I should go to a cafe in the 18th arrondissement. I enter the cafe, order a drink, look at the people around me and say to myself, ‘No, I’m going do not’.” That said the sole survivor of the terror command in his last interrogation before the assize court.

The statement of the main accused came like a thunderclap in the courtroom. Abdeslam had exercised his right to remain silent during his previous interrogation.

At 6.15 pm the chairman of the assize court asks him to stand. Salah Abdeslam explains that he kept silent because he “felt like he was not being heard”. “From the outset people don’t want to see who I really am,” he laments, before announcing that he will speak, because “it’s the last time I’ll have the opportunity to do so.” A sigh of relief can be heard in the room.

According to a report by BRUZZ, Salah Abdeslam maintains that he was informed of a plan for an attack in Paris on November 11, after meeting Abdelhamid Abaooud in Charleroi. Until then, he thought he would leave for Syria. During the meeting in Charleroi, Abaaoud gives him no details about the targets, but explains that he will have to wear an explosive belt. “That was a shock to me, but in the end he will convince me, in the end I will agree.”

After abandoning his plan, he said he took his car and drove around Paris. “At one point the car broke down (…) I got out and continued on foot,” says Abdeslam. He emphasizes that his memories of that moment are “vague”.

Assize chairman Jean-Louis Périès tries to get more details. “Did you know they were terraces, a concert hall?” he asks about the targets. “No, no,” Abdeslam replies. As for the Stade de France, “I know that they must attack there, that I must take them off and then go away to fulfil my mission”.

Earlier in the day, co-accused Mohamed Abrini also stated that he suspected his friend had not dared. According to Abrini, after returning from Paris, Abdeslam told the other terrorists in their hideout that “he tried, but the vest didn’t work”. The others then called him to account. “Why didn’t you take a lighter or cigarette butt to blow yourself up?” Abrini didn’t believe in that story: “He didn’t dare, that’s all.”

Salah Abdeslam had stated earlier at the trial that he had flinched from using his explosive belt and then dumped it in a trash can. He hadn’t said at the time that he had actually already entered a cafe.